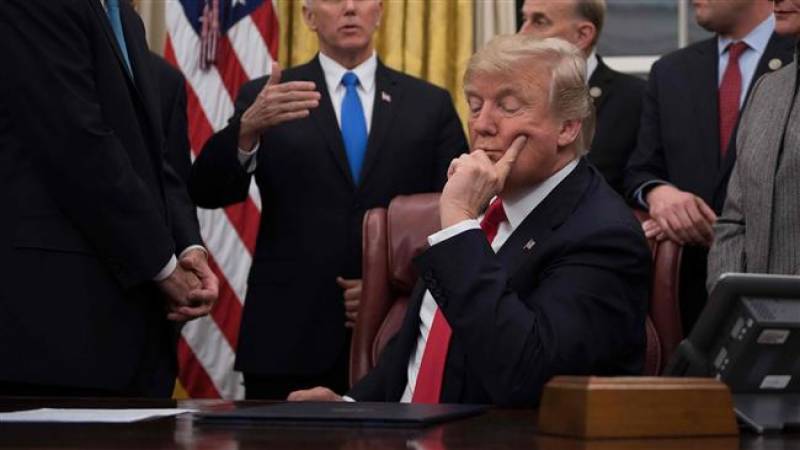 WASHINGTON - US President Donald Trump is expected to extend sanctions relief for Iran as part of a 2015 nuclear deal while his administration works out a “fix” to the multi-nation accord, American officials have revealed, Press TV has reported.

The US president, who has to make up his mind by Friday, is likely to accept recommendation from Secretary of State Rex Tillerson, Defense Secretary James Mattis and National Security Adviser H.R. McMaster and extend the waivers for three more months, The Associated Pressreported Wednesday, citing its unnamed sources with the Trump administration.

The move goes against Trump’s desire to end his country’s involvement in the Joint Comprehensive Plan of Action (JCPOA), a landmark agreement between Iran and six world powers -- the US, the UK, France, China, Russia and Germany.

The deal puts limitations on parts of Iran’s peaceful nuclear program in exchange for removing all nuclear-related sanctions.

According to the AP report, however, Trump is likely to introduce a new series of sanctions that would also include Iranian firms and individuals whose sanctions were scrapped under the JCPOA.

Two administration officials, two congressional aides and two outside experts who consult with the Trump White House warned that the matter was a subject of heated discussions and the Republican head of state could reject his national security team’s advice and announce a rather radical decision. <link>

In October, Trump extended the relief but refused to certify Iran's compliance with the JCPOA, warning that he might ultimately terminate Washington’s participation in defiance of all the other signatories.

He also announced sanctions on Iran's Islamic Revolution Guards Corps (IRGC), which he accused of destabilizing the Middle East and threatening American interests in the region.

The president argues that Iran’s development of ballistic missiles for defensive purposes is in breach of a UN Security Council resolution that endorses the JCPOA.

He has also complained that the JCOPA-related restrictions would expire next decade. This, he argues, underscores the need for toughening the deal, which he has repeatedly referred to as “embarrassing” and “the worst deal” made in history.

This is while the International Atomic Energy Agency (IAEA) has repeatedly verified Iran’s adherence to the terms of the JCPOA since January 2016, when the deal took effect.