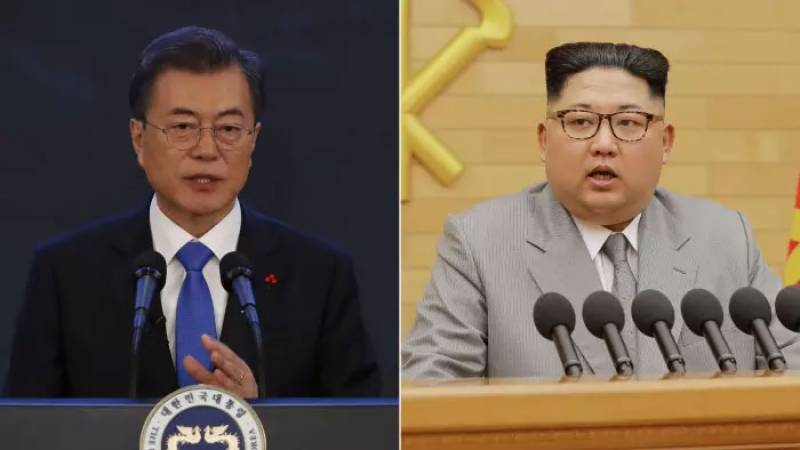 President Moon Jae-in said Wednesday he’s open to meeting with Kim to resolve the North Korean nuclear standoff. But he says the success of such a summit must be guaranteed before the meeting can be realized.

Moon also says he will call for more talks with North Korea to help defuse the nuclear issue.

On Tuesday, the Koreas held their first high-level talks in two years. North Korea agreed to send a delegation to the Games and both sides agreed to hold talks on reducing tensions along their border.

President Moon Jae-in spoke Wednesday, a day after the two Koreas held high-level talks for the first time in two years and agreed to cooperate in next month’s Winter Olympics in South Korea.

North Korea will send a delegation of officials, athletes and others to the Feb. 9-25 Games and both sides agreed to hold talks on reducing tensions along their border.

The accord followed a year of heightened tension over the North’s nuclear program that saw the danger of war on the peninsula.