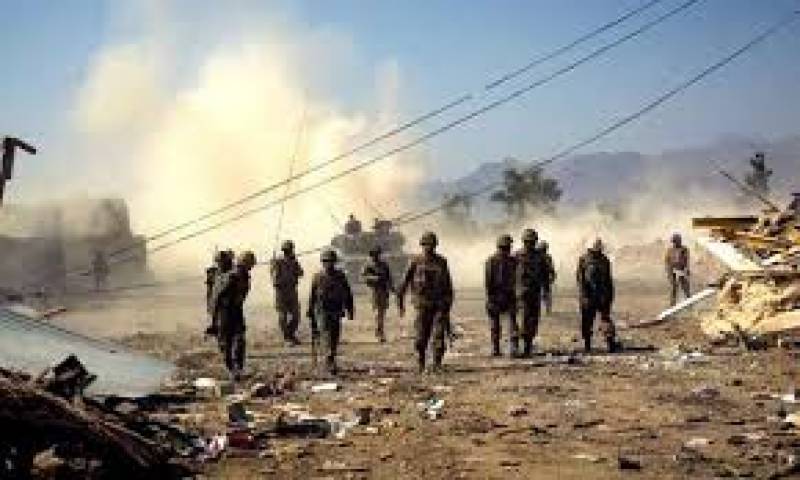 PESHAWAR: At least one soldier was martyred and two others injured in an improvised explosive device (IED) attack against security forces, in the Saroobi area of North Waziristan located near the Miranshah headquarter, on Thursday morning.

Officials in political administration informed that the security forces were on a routine patrol in Saroobi when the IED bomb exploded, claiming the life of one constable on the spot, leaving two others injured.

The injured were shifted to the Agency Headquarter hospital Miranshah immediately.

The martyred soldier was identified as Aman Ullah whereas the injured were identified as Lance Naik Fazal Abbass and Jawan Nafees.

Soon after the bomb attack, security forces cordoned off the area and began a search operation. No further details are available.

Frequent violent acts, mostly attacks against personnel of security forces and convoys have occurred in different parts of North Waziristan, in the last several weeks.

Security forces are engaged in a military action Zarb-i-Azab in the area, against militants since June 15, 2014, last. However, under the infamous Frontier Crimes Regulations (FCR) clauses, the security forces allegedly detain local tribesmen over suspected involvement in these blasts, which is leading to unrest amongst the affected tribesmen.

Protest rallies have been conducted by tribesmen against such acts at Peshawar, Bannu and Dera Ismael Khan recently.