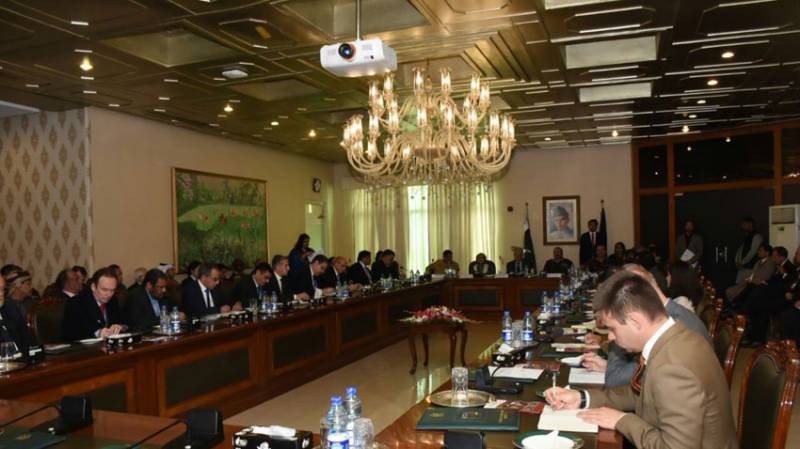 The briefing was given by the Foreign Minister, Foreign Secretary, Chief of General Staff, Director Generals Military Operations and Military Intelligence.

They were also provided details about the success of Operation Zarb-e-Azb and Radd-ul-Fassad and the terrorist threat emanating from the safe havens and sanctuaries in Afghanistan.

The ambassadors were shown evidence of an Indian campaign of unprecedented ceasefire violations, provocations and insinuations including terrorism in the form of IED attacks against innocent civilians on the Pakistan side at LoC and the Working Boundary.

The members of the diplomatic corps condoled the loss of human lives in the terrorist attack in Quetta yesterday.

The comprehensive and detailed briefing by the civil and military leadership was appreciated by members of the diplomatic corps.