Either surrender or get ready to be shot in face, US troopers tells Daesh terrorists
11 Jan, 2018 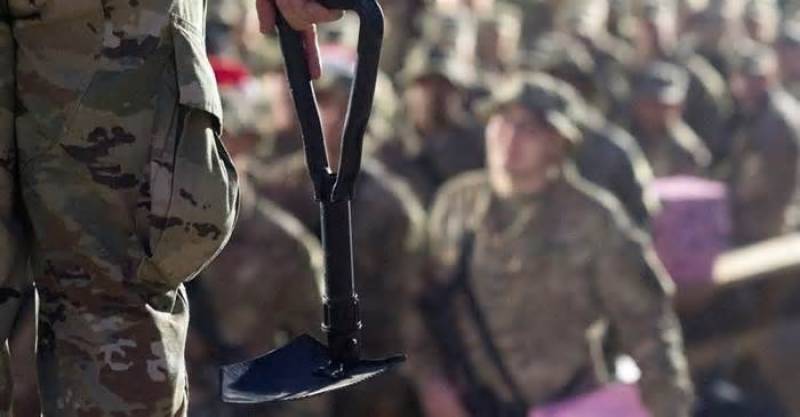 WASHINGTON DC: US troops and their allies will shoot Islamic State militants in the face, beat them to death with shovels or drop bombs on them if they don’t surrender, the US military’s most senior enlisted member has said.

In an eyebrow-raising set of postings on social media Tuesday, Command Sergeant Major John Troxell warned that IS members who refuse to quit will be dispatched with “extreme prejudice,” including via a small shovel known as an entrenching tool.

“If they surrender, we will safeguard them to their detainee facility cell, provide them chow, a cot and due process,” Troxell wrote on Facebook.

“However, if they choose not to surrender, then we will kill them with extreme prejudice, whether that be through security force assistance, by dropping bombs on them, shooting them in the face, or beating them to death with our entrenching tools,” he added.

The post featured a photo of a US soldier holding a shovel and, in case anyone was in any doubt about to slay a man with a small spade, Troxell posted a diagram on Facebook on Wednesday explaining exactly how to do so.

One detractor said on Twitter the message was “bad optics.”

“No, that’s exactly the message that soldier(s) need and love to hear,” another user responded.

Troxell’s blunt language comes amid a toughening of rhetoric against IS under President Donald Trump and Defense Secretary Jim Mattis.

Where then-President Barack Obama said “we will degrade and ultimately destroy” IS, Mattis has espoused a campaign of “annihilation.”