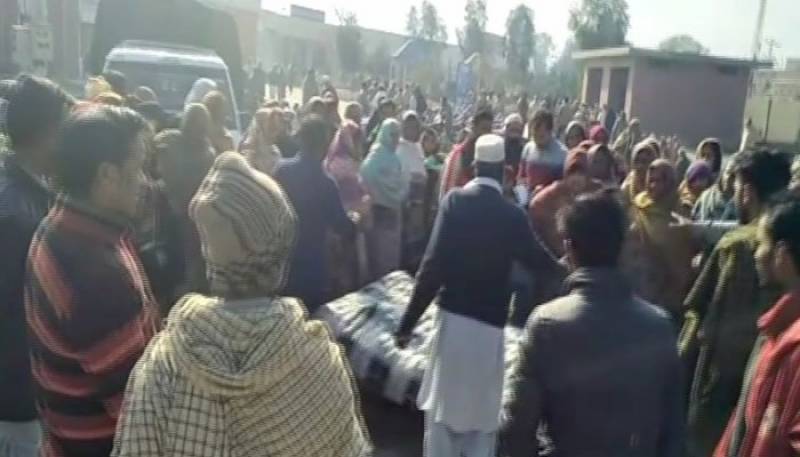 According to the police, the victim – an 18-year-old – was gang raped and then strangled to death.

Two suspects have been arrested in connection to the crime, the police claimed.

The deceased's parents said their daughter had been missing since five hours, before she was found dead in the fields.

The aggrieved family staged a protest outside the District Headquarters Hospital Bhalwal today and chanted slogans against the police.

Earlier this week, the seven-year-old Zainab, a resident of Road Kot area of Kasur, was discovered dead in a garbage pile after she had gone missing on January 4. According to the initial postmortem report, she was strangled to death after being raped multiple times.