In a worry for Pakistan, India to ink $2.6 billion deal with US over purchase of advanced military Helicopters
11 Feb, 2020 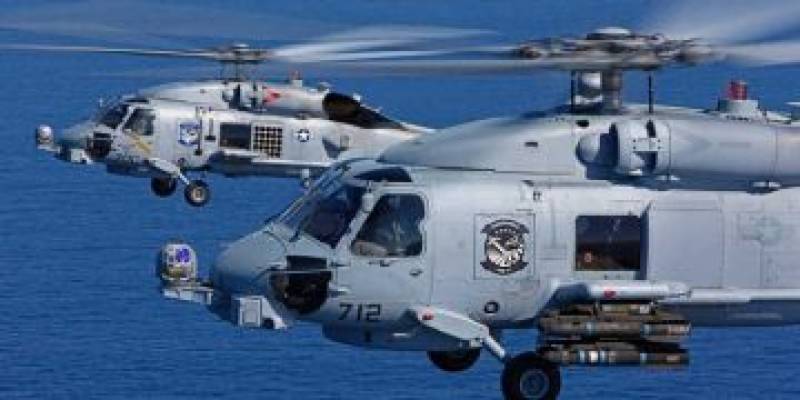 NEW DELHI: In a worry for Pakistan, India to ink $2.6 billion deal with US over purchase of advanced military Helicopters.

The Indian government is trying to pull out all the stops for Trump’s upcoming trip in a bid to reaffirm strategic ties between the two countries, which have been buffeted by sharp differences over trade, to counter China.

India’s defence purchases from the United States have reached $17 billion since 2007 as it has pivoted away from traditional supplier Russia, looking to modernise its military and narrow the gap with China.

Modi’s cabinet committee on security is expected to clear the purchase of 24 MH-60R Seahawk helicopters for the Indian navy in the next two weeks, a defence official and an industry source briefed on the matter separately told Reuters.

“It’s a government-to-government deal, it is close,” said the industry source.