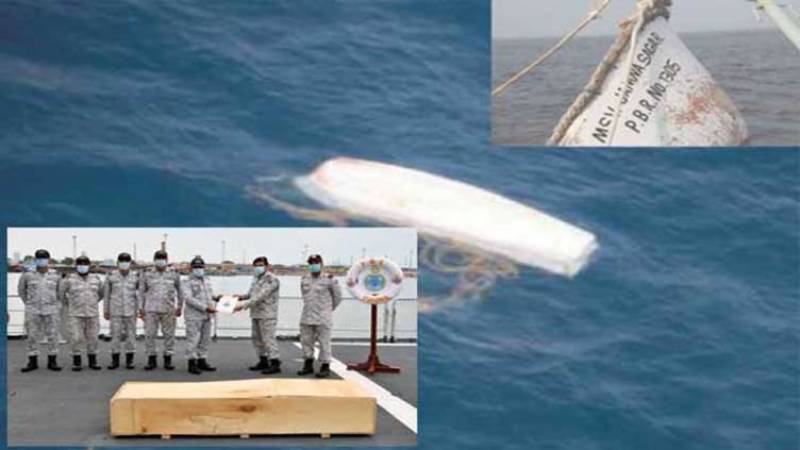 Pakistan Navy has rescued nine crew members of the Indian sailing vessel ‘Jamna Sagar’ which sank in the Arabian Sea near Gwadar.

According to a Pakistan Navy spokesperson, Pakistan Maritime Information Centre received a distress call from Jamna Sagar and then requested a nearby merchant ship MT KRUIBEKE to provide necessary assistance to the stranded crew of the drowning sailing vessel.

The merchant ship eventually recovered nine crew members and continued its voyage to its next port Dubai and onward disembarked the crew.

At the same time, one Pakistan Navy Ship along with two helicopters also reached the area and located the dead body of one crew member who was earlier missing at the time of the drowning of a sailing vessel. The dead body was recovered and handed over to Pakistan Maritime Security Agency authorities for further proceedings.