Shooting reported inside a Mosque in Norway
11 Aug, 2019 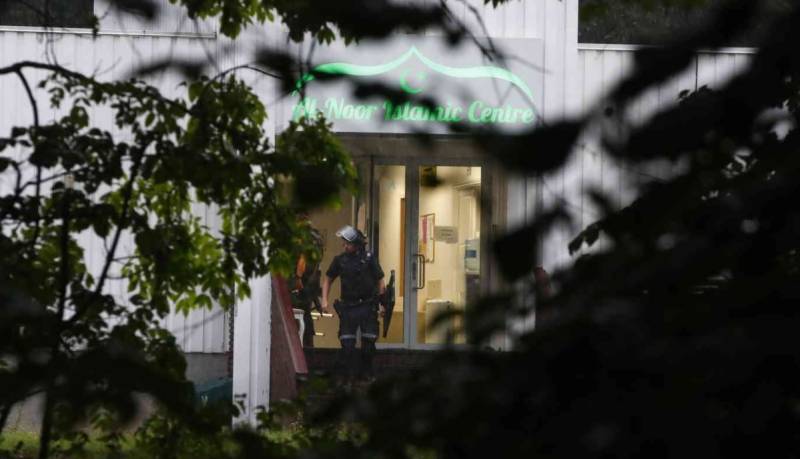 OSLO – One person was injured in a shooting inside a Mosque in a suburb of the Norwegian capital Oslo on Saturday, police said, adding that a suspect had been arrested.

“One person is shot. The severity of that person’s injuries is unknown. One suspect is arrested. The police are working at the location,” Oslo police said link Twitter.

The shooting occurred at the al-Noor Islamic centre in the town of Baerum, an Oslo suburb.

Police said there was no indication that more people were involved.

“One of our members has been shot by a white man with a helmet and uniform,” Irfan Mushtaq, head of the mosque, told local paper Budstikka.

The man suspected of opening fire at a mosque in the Norwegian capital of Oslo on Saturday has expressed right-wing sympathies online, the police said in a news conference Sunday.

Superintendent Rune Skjold told reporters the suspect, described only as a Norwegian man in his 20s, has praised figures like Vidkun Quisling, the leader of Norway under Nazi occupation during World War II.

The shooting is being investigated as a “possible act of terrorism,” police said.

The man has been charged with the murder of a woman found dead in his home and is also facing an attempted murder charge in the shooting at Al-Noor Islamic Center in Oslo.