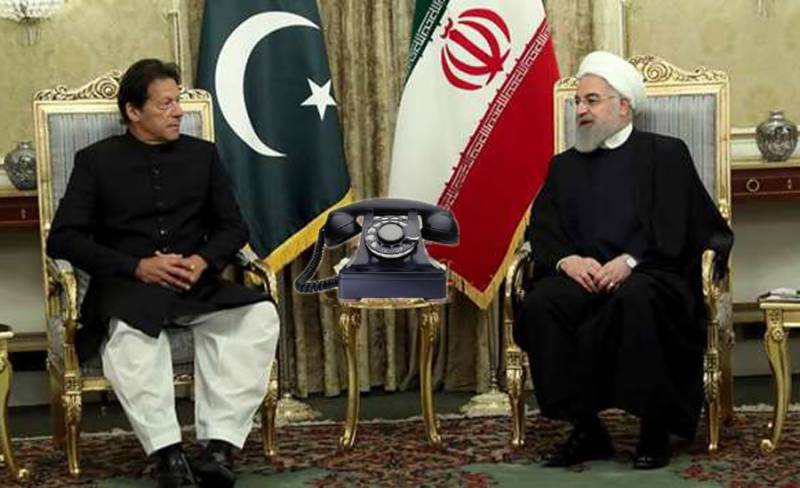 The prime minister said that Indian treatment of the innocent Kashmiris is the violation of the international laws.

The Iranian president stressed the need for resolving the Kashmir dispute diplomatically. “There is no military solution to the Kashmir issue. It has to be resolved through diplomatic means,” he said.

He said that Iran would not desist from cooperation for getting rights for the Muslim nations. “Iran will try its best for peace and security in the region,” he added.

Iranian President Hassan Rouhani said that Pak and Iran have been cordial relations and will continue them in future.

On August 9, Prime Minister Imran Khan made a telephone call to the King of Bahrain Shaikh Hamad bin Isa Al-Khalifa.

The prime minister apprised him of the evolving situation in the Indian Occupied Kashmir (IOK) and Indian violation of the UN Security Council resolutions.

Earlier on Friday, Prime Minister Imran Khan presided over a meeting of the federal cabinet.

Briefing the media about the decisions taken by the federal cabinet, Special Assistant to Prime Minister on Information Firdous Ashiq Awan said that Prime Minister Imran Khan took the cabinet into confidence on regional situation emerging after revocation of independent status of Kashmir by India. “Focal groups have been formed on Kashmir in the context of parliamentary resolution that will work under their mandate and give concrete recommendations to the government.”