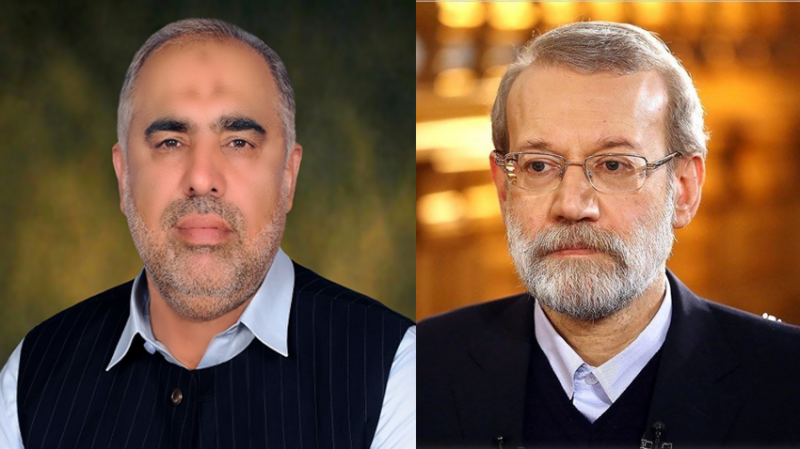 Speaker National Assembly Asad Qaisar has made a telephone call to his Iranian counterpart Ali Larijani to apprise him of the evolving situation in the Indian Occupied Kashmir and Indian violation of the UN Security Council.

According to APP, During their conversation, both the sides condemned the Indian serious human rights violations in occupied Kashmir and agreed to adopt joint strategy for highlighting Kashmir cause at international forum.

Asad Qaisar said the curfew imposed by Indian government in Occupied Kashmir to make them hostage is a shameful act.

He said Pakistan considers its brother and neighbor, Iran, an important friend of its difficult time.

He said Pakistan is following parliamentary diplomacy to expose India's ulterior motives for abolishing Kashmir's special status in the Indian constitution and making Kashmir its colony.

The Iranian counterpart said the unrest in Kashmir is causing apprehension for all the countries living in the subcontinent.