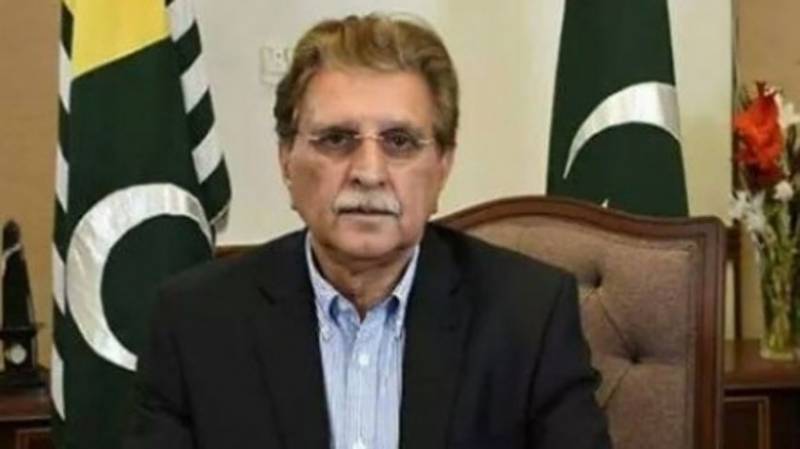 AJK Prime Minister Raja Farooq Haider has said that occupied Kashmir has been turned into a military garrison and international community should take immediate notice of the deteriorating human rights situation in the held valley.

He was talking to the members of European Parliament Barrister Tanveer Hussain and Shafaq Muhammad in Islamabad today.

The AJK Prime Minister said internet, newspapers and even the landline telephones have been shut down disconnecting Kashmiri people to the outside world.

He told the EU Parliament members that Kashmiris are confined in their homes from last five days.

Terming it as worst kind of state terrorism, Raja Farooq Haider said that Indian actions could cause a great human tragedy in the state.

He said such acts could not deter Kashmiris from pursuing their collective cause for which they have rendered unprecedented sacrifices during the past several decades.

He said there was complete unanimity and consensus among the political leadership in Pakistan and Azad Jammu and Kashmir on the Kashmir cause.

The AJK Prime Minister urged European Parliament Members to play their effective role for the right to self-determination of Kashmiris.

Speaking on the occasion, both members of the EU Parliament assured AJK Prime Minister for their all-out support for the Kashmir cause.