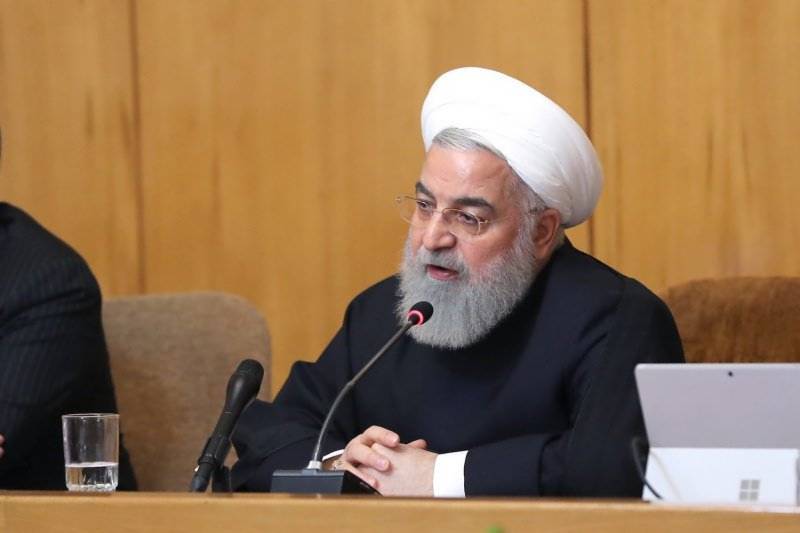 TEHRAN - Iran's President Hassan Rouhani on Sunday called for diplomatic settlement of Kashmir issue link , saying that Iran advocates restoration of rights of the Muslims living in other countries.

Rouhani said that he contacted Pakistani Prime Minister Imran Khan by phone during which he said that Pakistani government will spare no effort to re-establish peace and security in Kashmir.

Congratulating the Muslim's Eid Al-Adha on a phone call, President Rouhani said, "Iran and Pakistan have always been two friendly, of good neighborly ties and they will remain so."

Iran is seeking broad relations and cooperation with the neighboring countries, particularly Pakistan, in various fields, including cross-border markets.

Iran is now in a special condition due to the unilateral, brutal sanctions of the US, but it will continue efforts to provide the sustainable security of shipping in the Persian Gulf, Strait of Hormuz and the Gulf of Oman, as well as boosting trade and economic ties with the neighbors, Rouhani added.

"The Islamic Republic of Iran has always made efforts to prevent tension and instability in the region, and we believe that rights of the Muslims in Kashmir should be restored and they enjoy a peaceful life," he said.

President Rouhani said that Iran calls for restraint on part of both Indian and Pakistan about Kashmir, the Iranian President said the issue of Kashmir will not be solved through military means, rather it will be solved through diplomatic means.

Pakistan Prime Minister Imran Khan, for his part, congratulated President Rouhani on Eid- al-Adha and said that the fraternal relations with Tehran are of great importance to Islamabad.

Imran Khan also emphasized that Iran as a main player in the region and the world, therefore it can play a constructive role to help resolve the Kashmir issue.