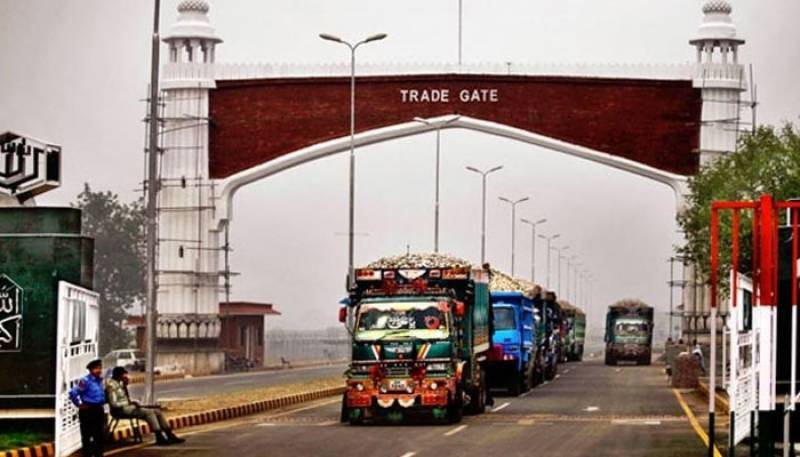 ISLAMABAD: After placing trade embargo by Pakistan, India will be the major loser as bilateral trade was heavily tilted in favour of the latter.

Soon after New Delhi revoked seven decades of autonomy of Indian Held Kashmir, Pakistan downgraded diplomatic ties and placed embargo on trade with India under SRO 927. The authorities in Pakistan this time have decided to treat India as it is treating with Israel.

The story does not stop here as Pakistan under SRO-927 has also declared India as Most Unfavoured Nation.

However, for intra-Kashmir trade, there will be no bar for trade from Pakistani side as Pakistan considers that Kashmir is a disputed territory and rejects the claim of India on held Kashmir.

India extended Most Favored Nation to Pakistan in 1996, but in return Pakistan did not reciprocate. Even then Indian exports to Pakistan touched $1.84 billion and Pakistan exports to India could not increase with pace rather it remained at $324 million just because of the huge NTB (non tariff barriers).

Coming to the debate as to which nuclear power--- India or Pakistan in Saarc family will be the loser or winner after trade embargo, he said, according to 2018-19 Pak-India trade figures, imports from India remained at $1.503 billion while Pakistan exports stood at $262 million and in 2017-18, imports from India was at $1.84 billion whereas exports from Pakistan stood at $324 million. So if kept in view the trade balance which is in favour of India, after placing embargo on trade by Pakistan, the major loser is India not Pakistan.

After Pulwama incident, India imposed 200 percent tariff duty on Pakistani products so the exports to India tumbled to $262 million in 2018-19 from $324 million in 2017-18. However, the top management of the Commerce Ministry soon after imposition of 200 percent tariff duty, swung into action and bailed out the dates and cement exporters by diverting their products to other countries.

Mr Ashraf said, “Our main exports to India includes mainly dates and cement which were damaged on account of duty of 200 percent by India but the government has managed to export the dates to other countries such as Nepal, Bhutan, Bangladesh, UAE and Oman. We have already booked the orders of other dates’ crop from the said countries. Likewise, the cement exporters have managed to export the product to Central Africa, Middle East and Afghanistan and surprisingly the growth in cement export has increased by 30 percent. So with trade embargo, Pakistan is not the loser, rather it is India.”

After India’s 200 percent duty imposition, Pakistan’s monthly exports to India tumbled to $4 million in the month of April, 2019 from average $30-35 million which continued to stay at $3 million in May and $4 million in June 2019. This also means that Pakistan diverted its exports to other countries successfully. “So we absorbed the negligible loss and when it comes to India, it is the biggest loser if kept in view the bilateral trade volume.

Pakistan used to export dates of $90 million to India which is now being diverted to other countries and in this regard Pakistan sustains no loss. The official also said that over $5 million vegetables were imported in 2018-19 and with ban on trade Pakistan farmers will benefit out of it.

Hamid Mallhi, President of Punjab Farmer Association when contacted said that Pakistan was importing the vegetables from India mainly in order to stabilise process in Pakistan but at the cost of Pakistan farmers. The import of vegetables had inflicted huge loss to Pakistani farmers. ‘We welcome the trade embargo with India.’

The fruit and vegetables association’s president of Islamabad chapter Muneer Ahmad told that the stock of imported onion and potatoes may go for 15 days, but after that the prices of onion will increase. However, the said items may come from other parts of the country and help stabilise the prices but because of monsoon and flood like situation, the prices of onion may soar further. ‘As far as import of tomatoes from India is concerned, this item is banned since long.’

FPPCI former president Zubair Tufail who deals with import of chemicals said that with embargo on trade with India, business community has started importing chemicals from China, Saudi Arabia and Qatar instead of India and there is no loss of the business community.

According to World Investment Report 2019 (UNCTADE), in 2018 the FDI of $42 billion came to India showing 6 percent growth. The top official said after Pakistan embargo on trade because of Indian hegemonic designs in Kashmir, the FDI in India may reduce.

However, the other senior official dealing with India, said that Pakistan, prior to trade embargo, was trading with India under Appendix-G of Trade Import Policy. Further explaining he said that under negative list of 1209 item, Pakistan was in trade with India.

Highlighting the bilateral trade history between India and Pakistan after independence, in 1948-49, Pakistan’s export to India was 56 percent of global export which has now tumbled to 1.14 percent of global exports. However, 1948-49, India’s exports to Pakistan stood at 32 percent of its global exports which now stands at 0.46 percent of its total exports to the world. According to the latest Trade Map data, in 2018-19, Pakistan’s exports stood at $23 billion whereas in the same period India’s exports remained at $323 billion. The export of Indian goods to Pakistan in 2018-19 was at $1.503 billion and Pakistan exports to India stood at $261 million. If the total exports of India which is at $323 billion are viewed, the loss of $1.5 billion is negligible, but when it comes to the bilateral trade with Pakistan, it is huge loss to India. Behind the export of India to Pakistan there was a massive investment and employment which will now suffer. At Attari Indian side of border, huge infrastructure was developed for loading and unloading facilities for bilateral trade and all these will be done away with and all the people working there will get unemployed.

Likewise, after Pulwama incident, India imposed 200 percent duty on Pakistan products, but Pakistan did not move WTO knowing the fact that under article 24 of GATT, WTO rules are not applied as both the countries were considered the integrated countries in trade.

Secondly, countries entered in PTA, FTA agreements and Saarc region entered in Safta Agreement which got hostage to both India and Pakistan because of their political issues, but WTO cannot take action.

In 1948-49, both the countries of Pakistan and India used to trade under commodities exchange agreements which lasted for one year. Then the said agreements were used to be renewed for another year.

In 1965, trade between the two countries fist stopped and then assumed. In 1971 trade got blocked and in 1972 after Simla Agreement with India trade go opened but between public sector entities as the nationalization process had begun in Pakistan and private sector was not allowed to trade between Pakistan and India. Since, the private sector which is considered the engine of economy was not allowed to trade, so the trade between the two countries was massively undermined. In early 90s, when Nawaz Sharif came to power, the privatization process gained the momentum, then private sector from both sides started trade with each. Till March 2012, out of 8000 items, 1963 items were allowed to import from India, but after that under negative list of 1209 items, trade began between the two countries. Under negative list regime, Indi was not allowed to send the items to Pakistan other than the ones mentioned in the list of 1209 items.

However, the stalemate, according to business community, in trade between the two countries will not serve the region as according to World Bank that Pakistan and India has the potential to increase the trade up to $37 billion barrier are eliminated.