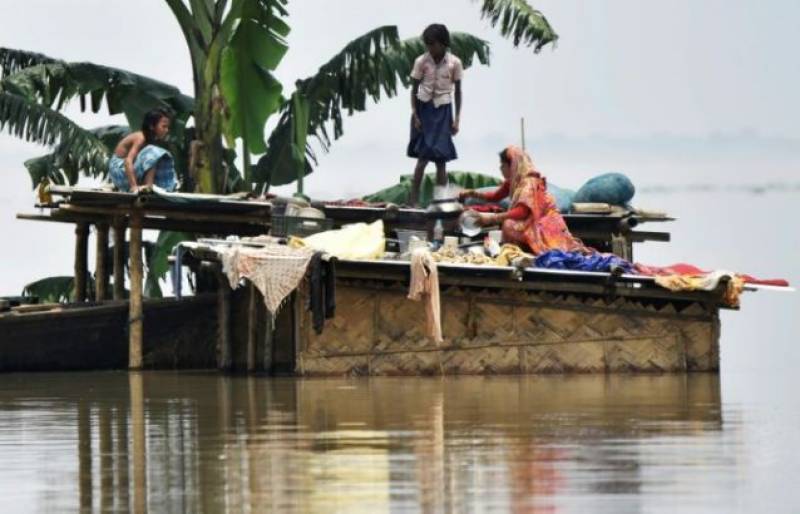 New Delhi - Indian authorities on Sunday mounted major rescue and relief efforts as the death toll from monsoon floods which cut off roads in the country's south and west rose to at least 144.

The southern state of Kerala -- a popular tourist haven known for its pristine beaches, hill resorts and backwaters -- is among the worst hit, with the toll jumping to at least 67 deaths.

"At least 165,000 people have been moved to over 1,318 relief camps spread across 14 districts in the state," a senior Kerala police officer told AFP.

Bad weather and damaged infrastructure were affecting rescue and relief work, he added.

Local emergency personnel and troops from the army, navy and air force have been roped in for ongoing search, rescue and relief operations across the affected regions.

He said at least 136 roads and highways across the state had either been damaged or remain cut off because of floodwaters.

"The rains have eased in the upstream Maharashtra state but some reservoirs in the region have received record inflows and will have to be opened," he added.

"It is an unprecedented situation. We expect the flows to reduce in the next four-five days if there aren't any more rains."

At least 27 people have also lost their lives in Maharashtra, where several key towns have been underwater over the last few days, media reports said.

Meanwhile accidents caused by heavy rains in Gujarat, the home state of India's Prime Minister Narendra Modi, have taken the lives of at least 16 people.

While the monsoon rains are crucial to replenishing water supplies, they kill hundreds of people every year. -APP/AFP