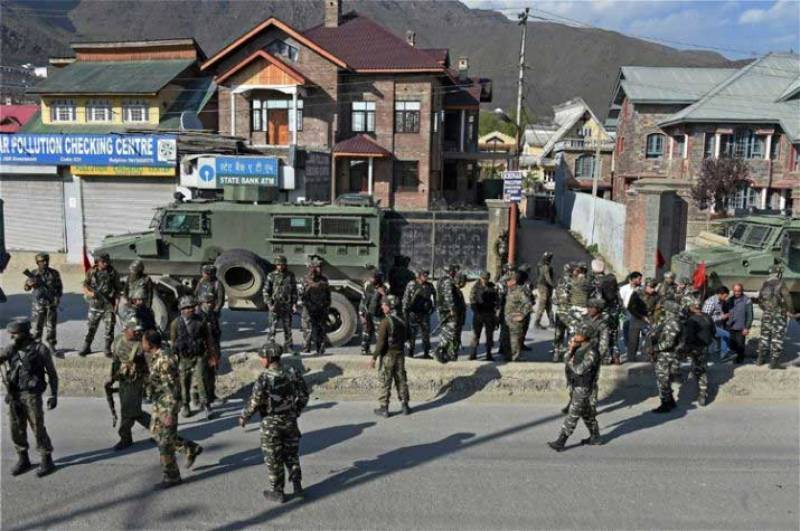 ISLAMABAD - In occupied Kashmir, the communication blackout continues for the 7th consecutive day, on Sunday, as internet and telephone links are snapped and media is gagged since Monday last.

The Indian government had snapped television, telephone and internet links to prevent demonstrations against its decision of revoking Article 370 of the Indian Constitution that granted special status to Jammu and Kashmir.

Meanwhile, the Indian authorities continue to clamp curfew and other restrictions across occupied Kashmir by converting it into a military garrison and a concentration camp by deploying Indian troops and police personnel in every nook and corner of the territory.

Local newspapers even failed to update their online editions since the night of August 04. Majority of newspapers could also not be printed during all these days due to curfew and other restrictions.

Almost all Hurriyat leaders, including Syed Ali Gilani and Mirwaiz Umar Farooq, have been put under house arrest or in jails.

Due to severe blockade, the people of the Kashmir valley are facing acute shortage of essential commodities.