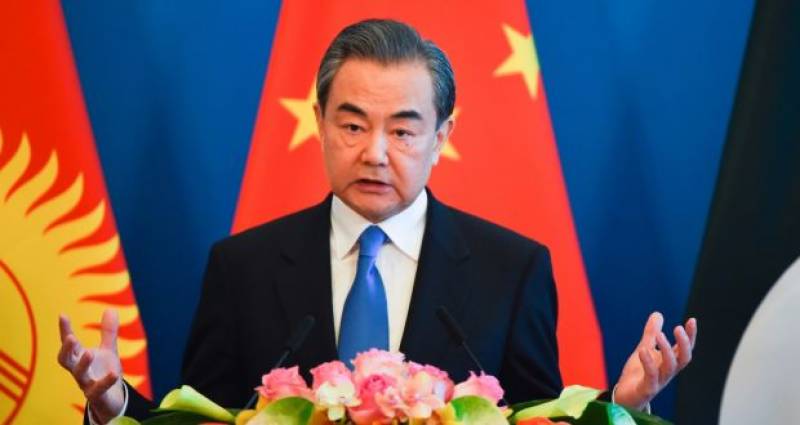 BEIJING – China has categorically stated that Kashmir issue is a dispute from colonial history and it should be resolved peacefully under the UN Security Council resolutions, the Radio Pakistan reported.

This has been stated by Chinese State Councilor and Foreign Minister Wang Yi during his interaction with his Pakistani counterpart Shah Mahmood Qureshi in Beijing.

He expressed serious concern over the situation arising from the unilateral actions by India in occupied Kashmir. The two Foreign Ministers agreed that both sides would closely coordinate and consult each other on the evolving developments.

According to Foreign Office statement, Foreign Minister Shah Mahmood Qureshi during his talks with Wang Yi had highlighted the recent illegal Indian actions and stressed that no unilateral step could change the internationally recognized disputed nature of Indian Occupied Jammu & Kashmir.

He also highlighted the grave danger posed by illegal Indian actions to regional peace and security. He further shared a deep concern about the total clampdown of Indian Occupied Jammu & Kashmir by Indian security forces and the humanitarian crisis resulting therefrom.

The Foreign Minister underlined that as part of India’s reckless approach there could be some false flag operation and Pakistan blamed on the fake pretext of “terrorism”.

Shah Mahmood Qureshi stressed that the disputed nature of Occupied Jammu & Kashmir was enshrined in the UN Security Council resolutions, which envisaged the framework for a final settlement of Jammu & Kashmir dispute based on a free and fair plebiscite under the auspices of the United Nations.