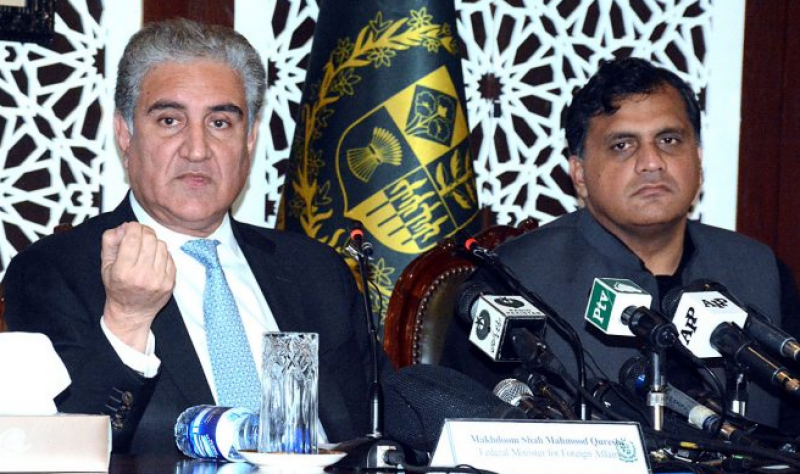 Addressing a news conference in Islamabad on Saturday, he said his visit to China was timely and proved fruitful. He said China's response was according to our expectations.

He said he apprised Chinese leadership about Islamabad's intention to take up the issue at the United Nations Security Council, and to which, China has assured its full support to Pakistan on the issue.

Shah Mahmood Qureshi has China has directed its representative in New York to keep close liaison with Pakistani diplomats over the issue.

He said for this purpose China and Pakistan have deputed their focal persons at their respective foreign offices.

He said China has clear stance that India has taken unilateral steps in Occupied Jammu and Kashmir which are illegal and against the norms of international law.

Foreign Minister said Beijing wants the resolution of the issue according to the UN Resolutions.

He said after prolonged curfew and prevailing peace situation in the IOK there will be more human rights violations.

He said it is sixth day of curfew in IOK and now people are facing shortage of food and medicines in the occupied valley.

Foreign Minister said Prime Minister Imran Khan to attend the session of United Nations General Assembly where he will highlight the issue of Kashmir issue in effective manner.

He said Pakistani nation will also observe 14th August as a solidarity day with Kashmir along with its independence day while Indian independence  day on 15th August will be observed as a black day.

Foreign Minister said war is not the solution of the issue but he warned India that Pakistan has right of defence. He urged the whole nation to stay united on the issue.