Yet another gift from Saudi Arabia for the youth of Pakistan
11 Aug, 2018 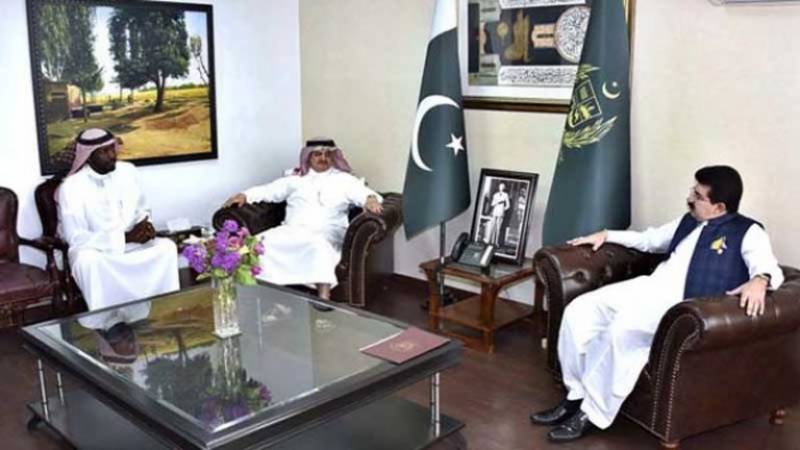 ISLAMABD - The Kingdom of Saudi Arabia, on intervention of Senate Chairman Muhammad Sadiq Sanjrani, has announced scholarships for the poor and underprivileged students from Balochistan in undergraduate and graduate programmes at renowned Saudi universities.

In this regard, Saudi Ambassador Nawaf Syed Al-Maliki called on Muhammad Sadiq Sanjrani at the Parliament House on Friday and briefed him about the 50 scholarships besides exchanging views on matter of mutual interests.

He said that the fully funded scholarship would provide students with tuition fee and other necessary expenses besides a stipend to cater for the monthly expenses. The Saudi envoy informed that the number of scholarships would be doubled in the next year to facilitate more students from the province of Baluchistan.

He also lauded the efforts and contribution of the Senate chairman for the socio-economic prosperity of the people of Balochistan.