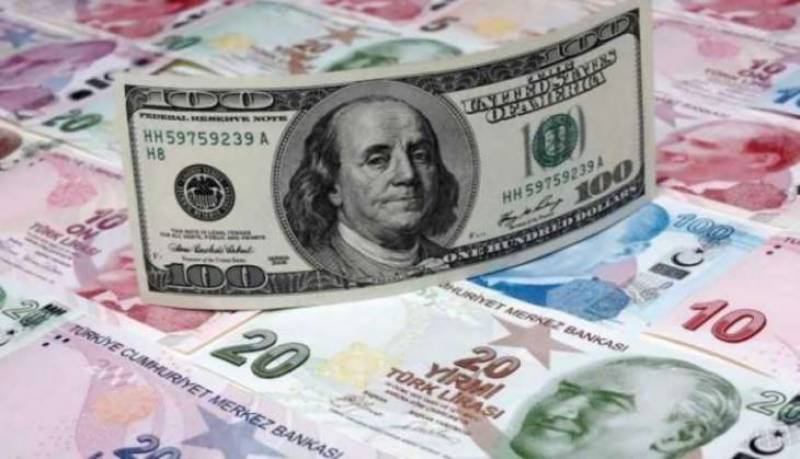 Istanbul: Turkey's embattled lira on Friday hit new record lows against the US dollar, losing some five percent in value as strains with the United States showed no sign of easing and fears grew over the exposure of European banks.

The lira was trading at 5.85 to the dollar, a loss in value on the day of 5.5 percent. However it had rallied somewhat after earlier crashing some 12 percent through the 6.0 level for the first time in history, trading at one point above 6.2.

The lira has now lost over a third of its value against both the dollar and the euro this year, with the currency battered by both concerns over domestic economic policy and the political situation.

Turkey remains at loggerheads with the United States in one of the worst spats between the two NATO allies in years over the detention for the last two years of American pastor Andrew Brunson and a host of other issues.

Talks this week in Washington failed to resolve the impasse which has led both sides to slap sanctions on senior officials amid fears of graver measures to come.

Meanwhile, markets are deeply concerned over the direction of economic policy in Turkey where inflation has hit nearly 16 percent but with the central bank reluctant to raise rates in response.

Concerns were intensified Friday by a report in the Financial Times that the supervisory wing of the European Central Bank (ECB) had over the last weeks began to look more closely at euro zone lenders' exposure to Turkey.

The report said that the situation is not yet seen as "critical" but Spain's BBVA, Italy's UniCredit and France's BNP Paribas are regarded as particularly exposed.