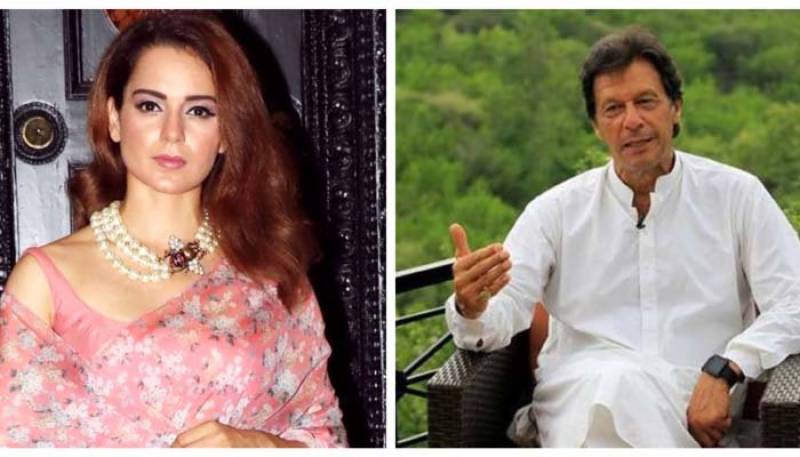 Many Bollywood and Cricket stars have send congratulations to PM elect Imran Khan.

In the latest such act the top Bollywood actress Kangana Ranaut has sent a message to Imran Khan, who is set to become Pakistan’s next prime minister.

She has appealed Imran Khan to ensure that the two countries "have a beautiful relationship".

Responding to a question regarding PM-in-waiting Imran Khan at an event, Kangana said, “Hopefully, we can only hope that we shed no more blood.”

“It’s unfortunate that our soldiers are dying. But, the kind of speech Mr Imran Khan has given is very nice and I wish him all the best and with folded hands, I appeal, that we have a beautiful relationship,” she added.

Imran will be sworn in as prime minister on August 18, the Pakistan Tehreek-e-Insaf (PTI) said on Friday while announcing it has the numbers to form a coalition government in the centre.

Earlier, India's high commissioner in Pakistan Ajay Bisaria called on Imran and congratulated him on his victory.

The two figures discussed a range of issues and prospects of India-Pakistan relationships.

During the meeting, the PTI chief expressed grave concern over human rights violations in Indian-occupied Kashmir (IoK). He expressed hope that SAARC conference would soon be held in Islamabad. link link