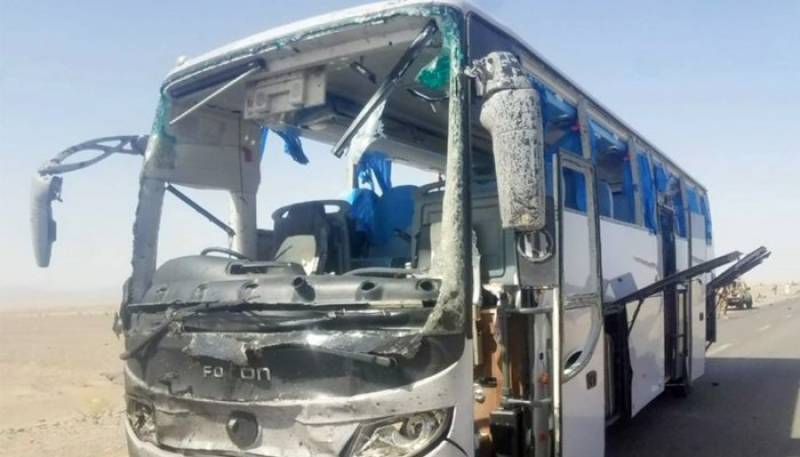 Quetta Commissioner Hashim Ghalzai said three foreigners and as many personnel of the Frontier Corps were injured in the blast.

He said the injured were out of danger.

Personnel of  Levies Force said the blast was carried out by a suicide bomber who tried to attack the bus but couldn't succeed.

They said the bomb detonated at a distance from  the vehicle smashing its window glasses that injured the passengers.

The inured have been moved to a District Headquarters Hospital for treatment.

Dalbandin is city in Chaghi district of Balochistan where   Saindak Copper-Gold Mine is located.