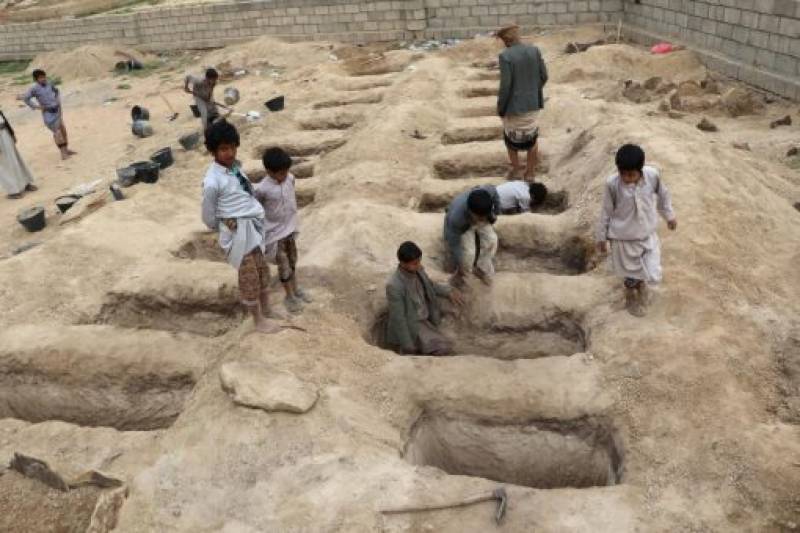 SANAA/DUBAI/GENEVA – A Saudi-led Arab military coalition said on Friday it would investigate an air strike that killed dozens of children in Yemen, an apparent shift of stance on an attack Riyadh has portrayed as a legitimate action against its Houthi foes.

At least 40 children were killed in Thursday’s strike on a bus in northern Yemen, the armed Houthi group which controls Yemen’s capital said. That raised the toll of children killed in the raid from 29.

People in Saada started to dig graves in preparation for funerals to be held on Saturday.

“God may give us patience,” said Hussein Hussein Tayeb, who lost three sons on the bus, on a trip with other pupils to visit a mosque and tombs.