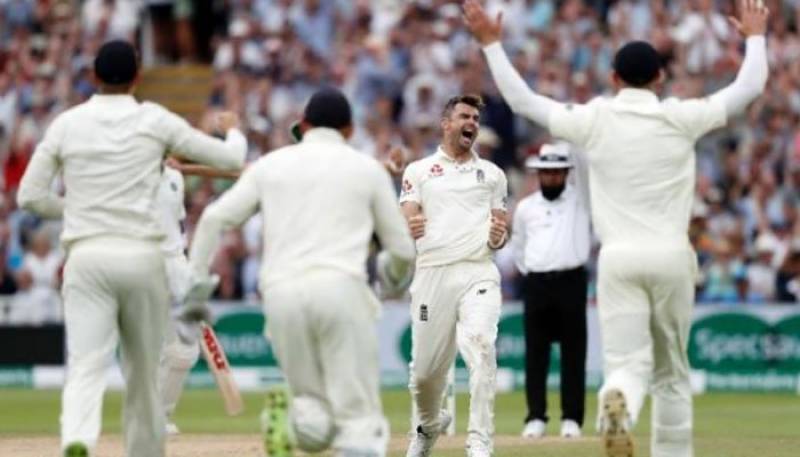 LONDON - James Anderson took five wickets as India were bowled out for just 107 come the close of the second day of the second Test against England at Lord´s on Friday.

Much of the second day was lost to rain, which washed out the whole of Thursday´s play.

But the 35.2 overs that England bowled after winning the toss were enough for them to dismiss India, with Anderson ending the day´s play when Ishant Sharma was lbw for nought.

Anderson took five for 20 in 13.2 overs while Ravichandran Ashwin top-scored for India with 29.

England lead this five-match series 1-0 after a 31-run victory in the first Test at Edgbaston last week. - APP/AFP