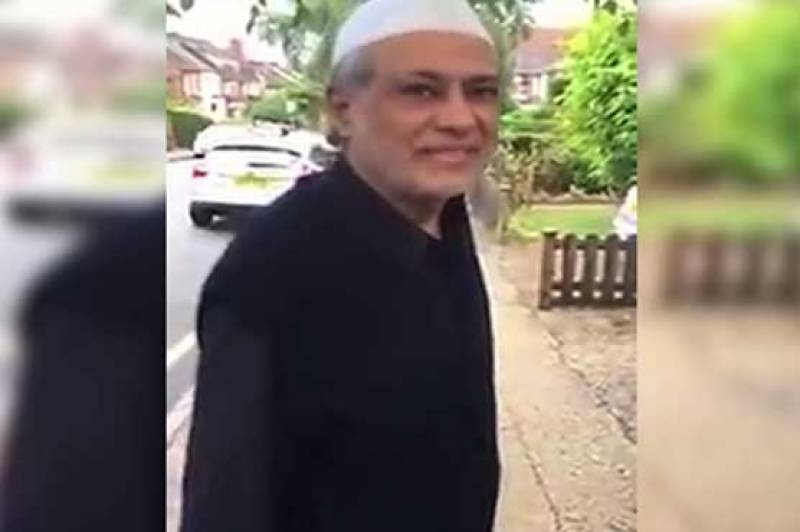 LONDON – Former Finance Minister Ishaq Dar on Sunday has been spotted gallopping on the roads of London.

A local followed Dar and recorded his video while asking about his name. However, the ex-minister stopped, questioned the man, “Can I help you?” and resumed his walk.

The former finance minister was declared fugitive in case pertaining to assets beyond income means and efforts were underway to bring him back to Pakistan through Interpol.

In its reference against the finance minister, NAB had alleged that “the accused had acquired assets and pecuniary interests/resources in his own name and/or in the name of his dependants of an approximate amount of Rs831.678 million (approx)”.

The reference alleged that the assets were “disproportionate to his known sources of income for which he could not reasonably account for”.