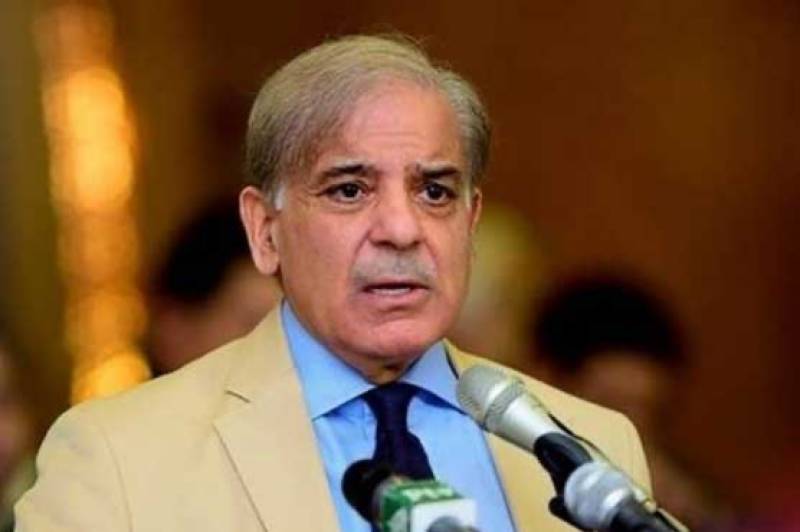 Narrating the specific contours of his government’s economic priorities in the National Assembly soon after his successful nomination to the office of the prime minister, he referred to the poor performance of the PTI’s government during the last four years, and said that with mere words, changes could not take place. During the last three and half years, attempts were made to infuse venom into different strata of society, leaving the economy in shambles.

He said the country’s economic situation was in the dismal situation but now after a change in the government, the stock market was surging.

Narrating the priorities of his government, he said through untiring struggle and unity they would strive to achieve the desired results of economic turnaround and affordability of commodities of life to the lower segments of the society by saving the stranded boat and steering it to the bank.

Shahbaz Sharif in a sarcastic manner to the PTI’s tall claims, said practical steps were prerequisite for achieving the ideals. He regretted that if his idea for ‘pact of economy’ was heeded to by the previous ruler, the economy would not have been in such a sorry state of affairs. But the PTI rulers, had rejected it out of their haughtiness and arrogance.

The prime minister-elect further said that the country was facing huge fiscal budget deficit, besides, the current account deficit, adding due to the poor policies of the previous government, about 6 million people had been rendered as unemployed while million others had been pushed below the poverty line, while during the last four years, commodity prices had reached to the unaffordable level.

He said not a brick was laid by the former ruler as they only rejoiced in unveiling the plaques. The debt during the previous government had ballooned to Rs20,000 billion while the foreign reserves had shrunk. Urea was sold at a high price and the country became an importer of wheat and sugar. The prices of sugar and flour reached to all-time high, he added.

Declaring himself as ‘Khadim-e-Pakistan” he said that through joint efforts and unity they would turn the tides of inflation and poverty through immediate measures.

He said during 1974, late Zulfikar Ali Bhutto had laid the foundation of nuclear deterrence and Mian Nawaz Sharif had refused 5-billion-dollar aid, and conducted the nuclear tests, thus making the country’s defence impregnable. Through 18th amendment, powers were devolved to the provinces, he added.

Such historic feats were achieved through sheer struggle and solidarity among the ranks of the nation, he said and assured the nation that through the joint efforts by all the allied parties, they would reset the tune of the economy left in shatters by the PTI’s government.

The prime minister-elect further said that for the first time in the history of the country, a vote of no-confidence motion was succeeded which was a triumph of the virtue and defeat of the vice.

“It was a memorable day for the whole nation, as a selected prime minister was shown the door,” he said.

Shahbaz Sharif said that the news of the rupee gaining ground in a single day against US dollar as it was being traded at Rs182 and the bullish trend in the Pakistan Stock Market were the good omens for the country’s economy, he added.

Linking change in the government, he said that it was a great blessing of Allah Almighty and the confidence of 220 million people in this House of parliament.

Expressing gratitude to the Supreme Court, he said that it had declared the abrogation of constitutional as illegal and buried doctrine of necessity forever.

With the unanimous decision of the apex Court, he said the supremacy of the constitution was upheld.

Shahbaz strongly denounced the PTI’s campaign against the political adversaries and said that none in this House was a traitor.

He said that they did not believe in a deadlock but in the process of dialogue and assured to pacify and alleviate the grievances of the backward areas.