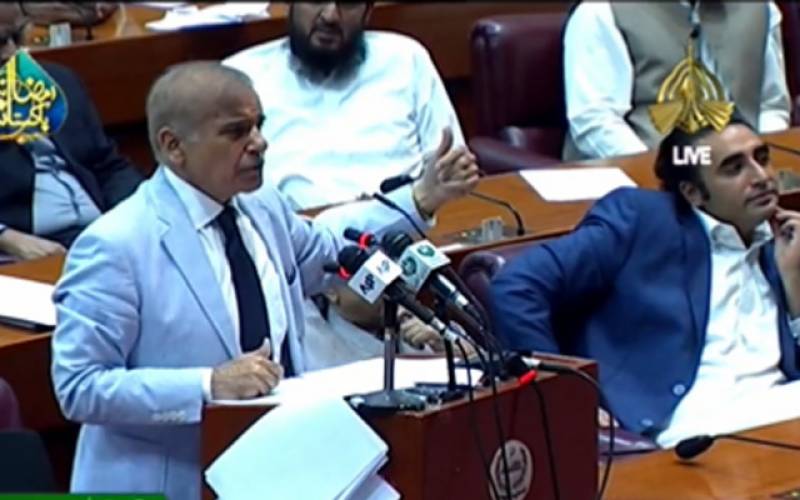 Newly elected Prime Minister Shehbaz Sharif said called an in-camera meeting of the Parliamentary Security Committee over the matter of a ‘Threatening Letter’.

Delivering his first speech in the National Assembly, Shehbaz said heads of the Pak forces, ISI Director General, Foreign Secretary, Pakistani ambassador to the US who has been transferred after sending this letter by the previous government should be called in the in-camera meeting.

Shehbaz announced that he will resign from the premiership if any foreign conspiracy will be proven because he had made a meeting with Asif Ali Zardari and Bilawal Bhutto before receiving the letter in early March for tabling the no-confidence motion against former PM Imran Khan.

He clarified that he did not see the threatening letter that was waved by the Deputy Speaker in the House. He said all the nation and the parliament members to know about the fact of the threat letter to end the debate on this issue.

The newly elected PM said, as an opposition leader in the National Assembly, he had given an offer a ‘Financial Accord’ but refused by the previous government and now Pakistan is facing a historic trade deficit.

Anyhow, Shehbaz said following the change of government as a good sign, today the Pakistani rupee has devalued US dollar by eight rupee. He also saluted the members for buried Nazria-e-Zaroorat for ever by ousting the Imran Niazi government