Indians head to the polls with PM Modi the front runner
11 Apr, 2019 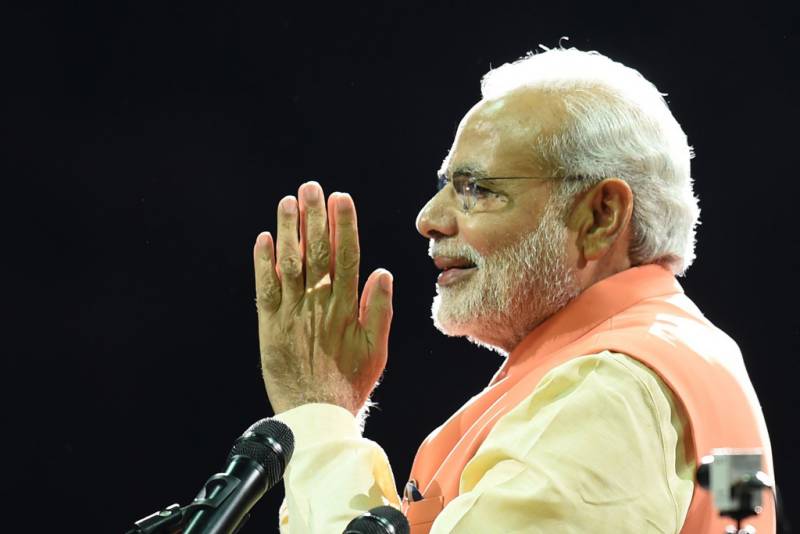 NEW DELHI: Tens of millions of Indians will begin queuing to cast their ballots in the first phase of a mammoth general election at which Prime Minister Narendra Modi is seen as the front-runner, campaigning on his national security record.

Voting in the first of seven rounds will be held in 91 constituencies across 20 states and federally-administered regions, amid tightened security, stepped up after violence killed seven people on Tuesday.

Pollsters say Modi’s ruling Hindu nationalist Bharatiya Janata Party (BJP) has been riding high on his tough stance against Pakistan, after aerial clashes between the nuclear-armed neighbours followed a February attack by an Islamist militant group that killed 40 Indian paratroopers in disputed Kashmir.

But the main opposition Congress party, which wrested three major farming states from the BJP in December by promising to waive the outstanding loans of distressed farmers, sought to corner the government on a lack of jobs and weak farm prices.

The election was open but in favour of Modi’s coalition, said Gilles Verniers, a political science professor at Ashoka University near New Delhi.

“The gap between Congress and the BJP is still enormous, so no one is seriously thinking that Congress is going to fill that gap,” he added. “The opposition landscape remains heavily fragmented.”

The alliance led by Modi’s BJP is poised to win a narrow majority of 273 of the 543 seats at stake, an average of four opinion polls showed.

In the 2014 general election, the party won a landslide 282 seats, securing a clear majority for the first time in decades and raising hopes of economic reform after a period of sluggish growth.

In the northern state of Uttar Pradesh, which sends more lawmakers to parliament than any other, Ajesh Kumar, who runs a roadside restaurant, said he voted for the BJP in 2014, when Hindu-Muslims riots in the area killed at least 65 people, and would do so again.

“But jobs are a problem here,” he said, echoing government and private statistics https://in.reuters.com/article/india-economy-jobs/indias-february-jobless-rate-climbed-to-72-percent-cmie-idINKCN1QM1NT  that show Modi’s government has failed to create enough jobs for the burgeoning workforce in a population of 1.3 billion.

More than 142 million Indians are eligible to vote in the first phase, of a total of 898.9 million. Votes in the seven rounds, spread over 39 days, will be counted on May 23.

From sugar farmers in northern India going unpaid for produce, to small businesses in the south shut because they are unable to meet the requirements of a new, unifying national tax, discontent over the economy has brewed for months.

Congress, which won only 44 seats last time around, is betting a promise of monthly handouts of 6,000 rupees ($86.59) for the poorest families will boost its performance now.

It hopes to win enough seats to lure regional parties opposed to Modi to back it after the election and form the government.