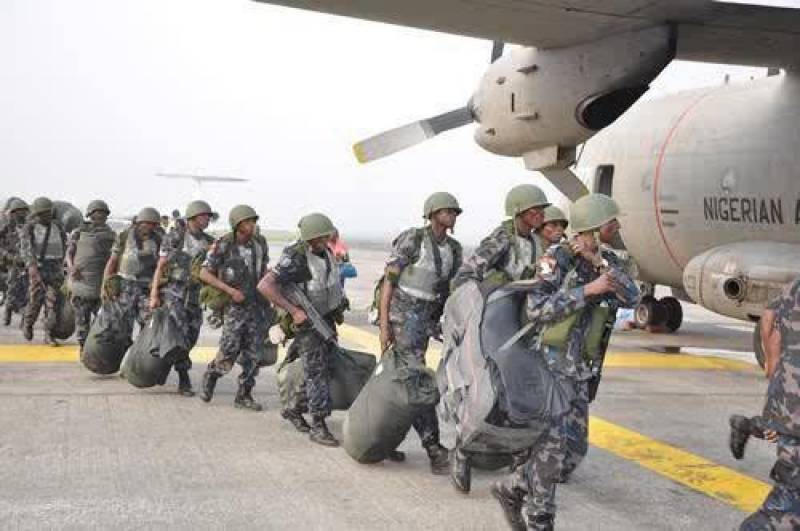 ISLAMABAD - Hundreds of people are reported dead in a plane crash in Algeria, according to reports on Wednesday.

The plane was transporting dozens of troops and equipment when it crashed just after 8:00 am local time.

A huge plume of black smoke was billowing from an area near the runway where the aircraft crashed.

Reports said more than 200 people were on board and according to an Algerian military source there are no survivors.

An Algerian military transport plane crashed on Wednesday near the capital, state news agency APS said, with reports of around 100 soldiers on board.

There was no immediate word on casualties after the plane went down near an airbase soon after taking off. Algerian television showed images of the burning wreckage.