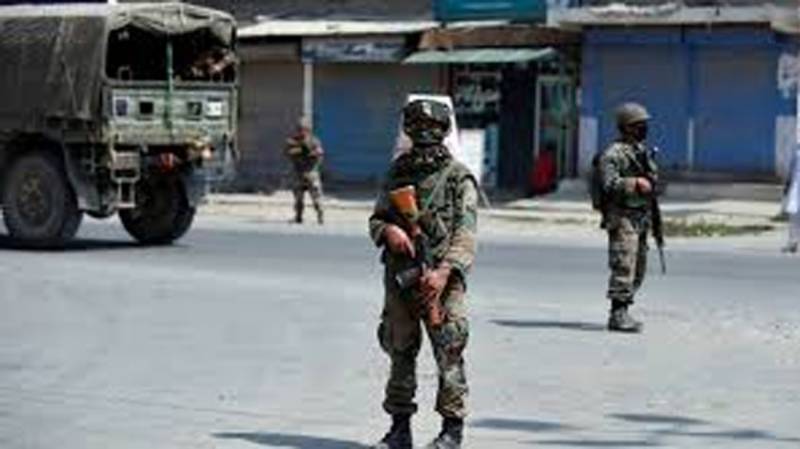 SRINAGAR - In occupied Kashmir, the unprecedented curfew and communication blackout, which entered 37th day, today (Tuesday), prevented the traditional 10th of Muharram processions in the territory.

The authorities had banned Ashur processions today and no one was allowed to venture out in Srinagar, Badgam and other parts of the occupied territory.

Even journalists, government employees and those having valid passes issued by the authorities were stopped from stepping out of their doors.

However, in some parts of the occupied territory, people defied curfew and restrictions and came out on the streets to take out Ashur processions. Indian troops subjected them to brute force.

The mourners during a big Ashur procession, today, carried banners and posters expressing solidarity with the people of Kashmir valley and rejecting the union territory status to Ladakh.

Meanwhile, normal life remained suspended due to curfew and other restrictions with all markets closed and transport off the road.

The Kashmir valley and parts of Jammu region remained cut off from the rest of the world due to suspension of internet and mobile phone services and closure of TV channels.

The restrictions have caused acute shortage of essential commodities including medicines. Doctor at the SMHS hospital told media at least six patients were dying because specialist doctors couldn’t be contacted in time. They said that after the imposition of military siege, the cancer patient in-flow has alarmingly dropped.

At many places in occupied Kashmir, the locals told the media that Indian troops raided their homes inflicting beatings and electric shocks to the inmates. They were forced to eat dirt and drink filthy water. The locals further said that the troops were poisoning their food supplies, killing livestock and threatening to take away and marry their women.