Taiwan resumes dialogues with China while refusing to accept "One China" policy
10 Oct, 2016 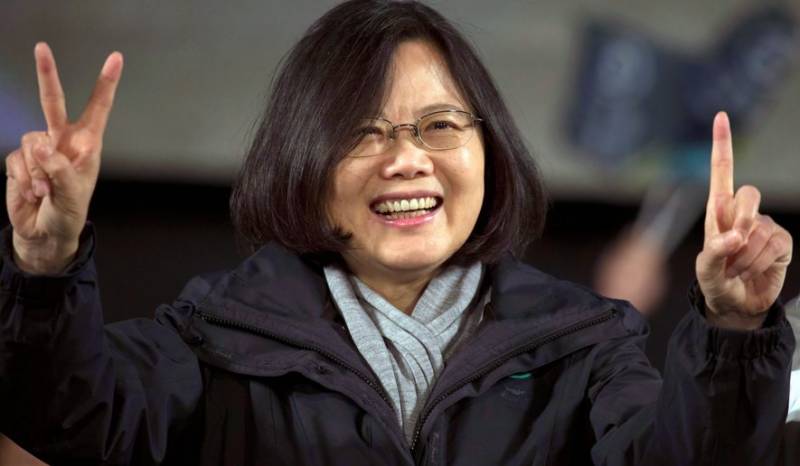 TAIPEI (APP) - Taiwanese President Tsai Ing-wen on Monday called for a resumption of talks with China and pledged that "anything" can be on the table for discussion.

Relations with Beijing have deteriorated under Taiwan's first female president, whose China-sceptic Democratic Progressive Party (DPP) took office in May after a landslide victory over the Kuomintang party (KMT).

Tsai has refused to accept the concept of "one China", prompting Beijing to cut off all official communication with the island's new government.

In a speech marking Taiwan's National Day, Tsai urged both sides to "set aside the baggage of history and engage in positive dialogue".

"The two sides of the strait should sit down and talk as soon as possible. Anything can be included for discussion," Tsai said.

While Tsai said she did not want Taiwan and China to go down "the old path of confrontation", her government would not "bow to pressure" from Beijing.

Taipei has accused Beijing of pressuring a number of countries, including Armenia and Kenya, to deport Taiwanese fraud suspects to China rather than their home territory.

Taiwan has also blamed China for blocking it from attending international events, including a major United Nations aviation meeting in Canada last month and a series of forums in semi-autonomous Hong Kong.