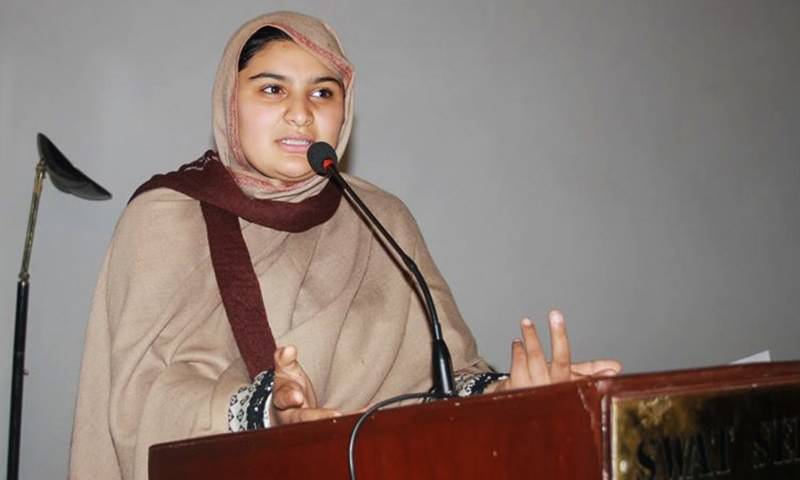 The award has been provided to her for working of women empowerment of Asian women.

Organization for women rights "Garden of Hope" has nominated resident of Swat Khadiqa Bashir for award.

The award was handed to her in Taiwan on Monday (today). The organization nominates a number of women who raise her voice for women rights at international forums.

Talking to VOA, father of Khadiqa Bashir, Iftikhar Hussain said that it is a very pride moment not only for their family but also for the whole nation.

He said his family is very happy that the award is being given to a Pakistan. Khadiqa Bashir was awarded Humanitarian Award of the United States last year.

Khadiqa Bashir is working to create awareness among people on child marriage and has established an organization "Forum for Women Rights".