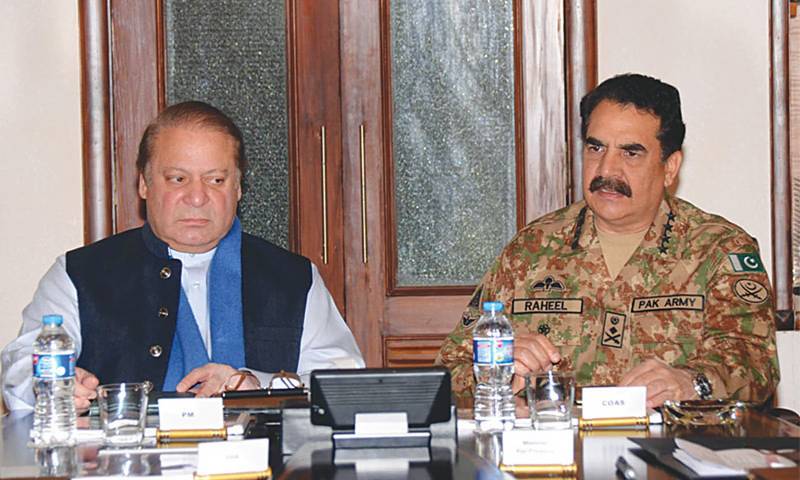 The remarks by the Prime Minister came during a call-on by Chief of Army Staff General Raheel Sharif here at the PM House.

Matters pertaining to national and regional security, were discussed, a press statement released from the PM House said.

The participants of the meeting expressed concern over publication of a "fabricated news story" in a local English daily pertaining to security issues purportedly discussed in a meeting of National Security Committee, held last week.

"The participants were unanimous that the published story was clearly violative of universally acknowledged principles of reporting on National Security issues."

They were of the view that "the story has risked vital State interests through inclusion of inaccurate and misleading contents which had no relevance to actual discussion and facts," the Press Statement said.

"The participants felt that it was imperative that Print and Electronic media refrained itself from speculative reporting and issues of national security and interests of the state."

"Prime Minister took serious notice of the violation and directed that those responsible should be identified for stern action," the statement said.

The meeting reaffirmed that Army and Intelligence Agencies shall continue to play a lead role in the fight against terrorism which was proceeding smoothly and without any discrimination whatsoever with complete consensus of all stakeholders.