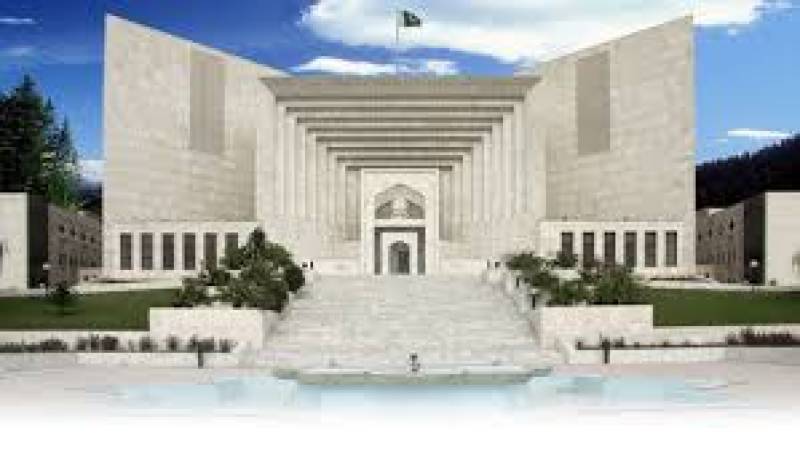 ISLAMABAD - Chief Justice of Pakistan (CJP) Asif Saeed Khan Khosa has constituted eight benches at the principal seat Islamabad to hear a number of important cases during the next week, starting from Monday.

The benches will hear many important cases including acquittal appeals against death sentence and life imprisonment, service matters of government employees, Pakistan Mineral Development Corporation through its Project Director, Hyderabad v. Province of Sindh through Secretary Energy Department, Government of Sindh, Karachi and others regarding renewal of Mining lease, Educational Institutions Cases regarding re-evalution of answer sheet, Meezan Bank Ltd and others v. City District Government, Rawalpindi thr. its Administrator/District Coordination Officer, Rawalpindi, Govt of KPK through Chief Secretary Peshawar and another v. Rehmatullah and others regarding compensation to the efficties of PC Hotel, Peshawar Bomb Blast and appeals against NAB references.

According to case lists, no adjournment on any ground will be granted and no application for adjournment through fax will be placed before the court. Furthermore, if the counsel is unable to appear for any reason, the advocate-on-record will be required to argue the case.