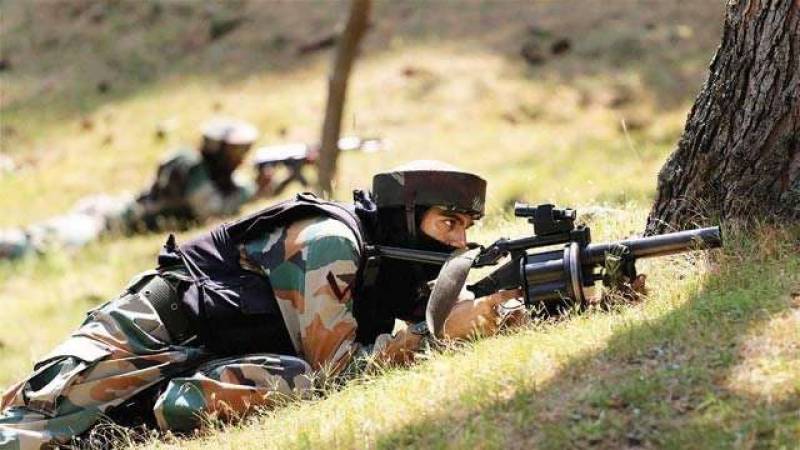 NEW DELHI - An Indian Army soldier was killed on Saturday by Pakistani troops retaliation along the Line of Control (LoC) in Rajouri district of Occupied Jammu and Kashmir.

Five Pakistani civilians were injured in the Indian Army fire.

Earlier an Army porter lost his life in a similar incident in the Akhnoor sector of Jammu on Friday, India media has reported.

At about 0945 hours Pakistan reported to retaliatory fire in which one Army soldier was shot by a sniper.

He succumbed to injuries, the spokesman said.