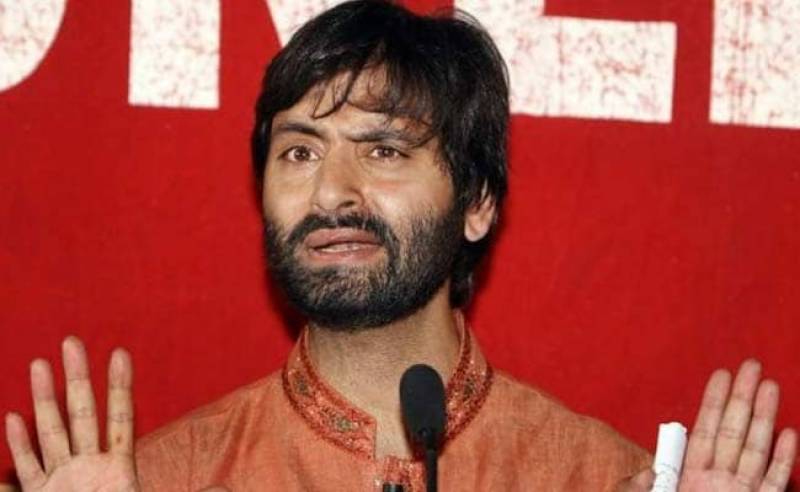 According to Kashmir Media Service, Muhammad Yasin Malik addressing a gathering in Srinagar deplored that ever since elections had been held in Kashmir, the Indian government had been projecting the participation of people as a referendum in its favour before the world community.

He said that it was the main reason the Kashmir dispute was craving a solution for the past more than 70 years. He said people’s participation in every election is projected in a way that all is well in Kashmir and people are showing their faith in the democracy.

The JKLF chief said that since 1947 Kashmiris had been struggling for securing their right to self-determination and rendering their precious lives for the Kashmir cause.

He said that the unprecedented sacrifices of the Kashmiri youth would not be allowed go waste.

He lashed out at some people for taking to social networking sites to discuss whether National Conference was better than PDP or Congress was an alternative.

He said that these people had been tasked with diverting people’s attention.

“When the goal is clear why debate which party should rule. Aren’t all these parties responsible for bringing the draconian Armed Forces Special Powers Act here? Isn’t Omar Abdullah responsible for over 126 killings in 2010? Don’t you remember PDP chief’s remarks in 2016 that ‘did the children go near forces’ camps for toffee or milk? This party or that party hardly matters for us,” he added.

Yasin Malik said that the people should realise that their participation in any sort of polls justifies India’s forcible control on Kashmir.

“Don’t you remember how 2002 polls were put forth before the world community by the then Indian prime minister, Atal Bihari Vajpayee?” he asked.

He said every vote casts by a Kashmiri amounts to selling the conscience and the blood of the youth whose coffins are shouldered every day.

The JKLF chief said the message of boycott has also awakened the international community that has started taking note of grave human rights situation in occupied Kashmir.

“Now if we vote, all goes in vain,” he said and asked the people to boycott the upcoming panchayat polls.