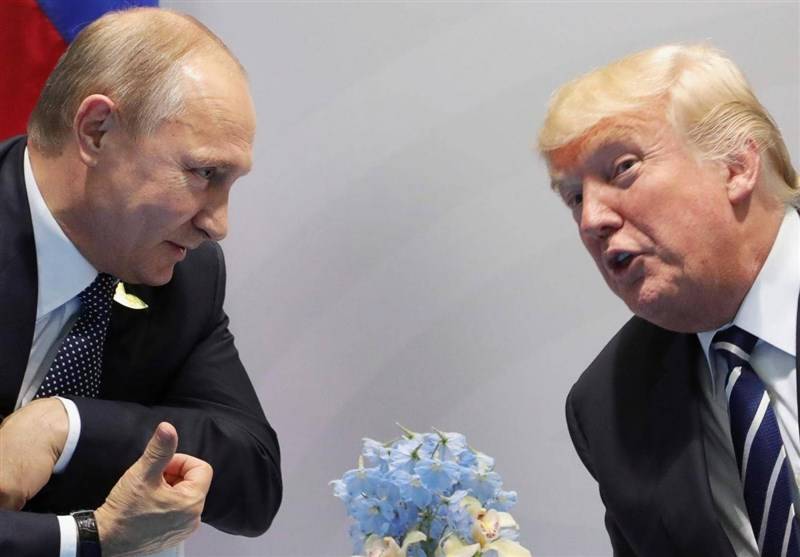 TEHRAN - US President Donald Trump will not hold a meeting with Russian counterpart Vladimir Putin on the sidelines of a regional summit in Vietnam, the White House said Friday after the two countries sent mixed messages about the encounter.

Relations between Moscow and Washington have plummeted as a US probe has accused Trump's former campaign aides of secretly meeting Kremlin-connected officials -- a charge Moscow denies, AFP reported.

Both leaders are attending the Asia Pacific Economic Cooperation (APEC) forum in the city of Danang and there had been conflicting indications as to whether a face-to-face was on the cards.

"Regarding a Putin meeting, there was never a meeting confirmed, and there will not be one that takes place due to scheduling conflicts on both sides," press secretary Sarah Sanders told reporters just before Air Force One touched down in the Vietnamese beach resort city.

However Moscow on Friday was holding out for a potential meeting between the two leaders, who will be in Vietnam for the next two days.

"There is no clarity yet," Putin's spokesman Dmitry Peskov was quoted as saying by Russian news agencies, adding that officials were "continuing" attempts to agree on a meeting.

Both Moscow and Trump had previously suggested that talks were likely to take place.

On Sunday the US president said "it's expected we'll meet with Putin" to discuss North Korea's nuclear ambitions.

Four days later Kremlin aide Yury Ushakov told Russian news agencies that the two would hold a meeting in Vietnam with the time and place still to be determined.

But hours later US Secretary of State Rex Tillerson said no decision had been made on talks, which would be the first between the two men since they met at the G20 summit in Germany in July.

Trump's relationship with Moscow has haunted the first year of his administration.

His former campaign chairman Paul Manafort and an associate are under house arrest on charges including conspiracy to launder money, linked to the investigation by special counsel Robert Mueller into allegations that the campaign colluded with Russia.

Russia has denied allegations of interfering in the US election last year that brought Trump to power.