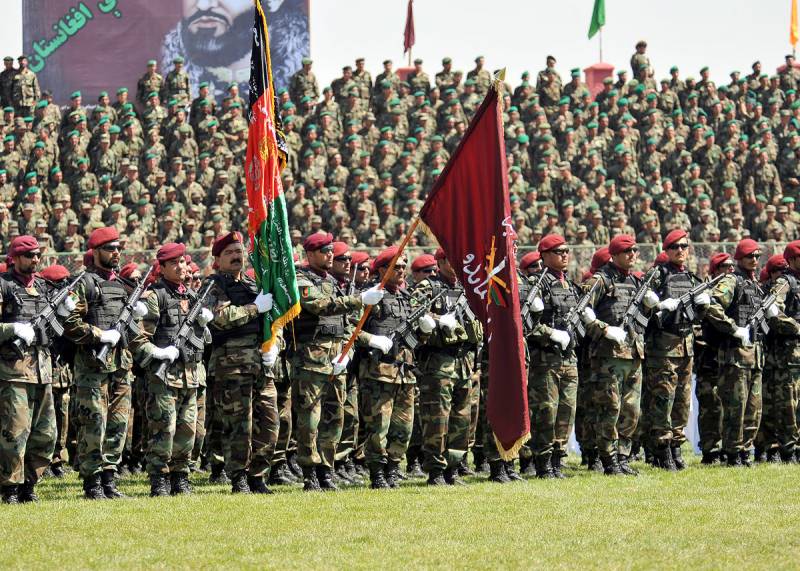 Addressing a press conference on the second day of the ministers of defense meeting in Brussels, Stoltenberg said: “UAE and Qatar are seeking to contribute to Resolute Support. Their presence is a strong symbol of global support for Afghanistan.”

He did not however want to elaborate on the UAE and Qatar's participation in Resolute Support and said the two countries need to give details on this themselves.

The NATO chief said 27 nations have committed to increasing troop numbers in the structure of the Resolute Support Mission in the coming months and the new commitment will increase the number of troops from 13,000 to 16,000.

He would not however give details right now on exact troop numbers.

The NATO chief also hailed the growing war capabilities of the Afghan Security and Defense Forces (ANDSF) and said that the conventional Afghan security forces have prevented the Taliban from taking provincial capitals this fighting season.

“In addition NATO allies and partners will continue to provide $1 billion USD a year to the defense and security forces (of Afghanistan) until at least 2020,” he added.

In a question about reforms in Afghanistan in the election system and democratic institutions, Stoltenberg said that NATO has sent a clear message to the Afghan government about reforms.

He said that Afghanistan needs to bring key reforms for good governance, in rule of law, fighting corruption and protecting people’s rights.

He said NATO remains committed to supporting forces to develop capabilities, strengthen command and control, and to prepare the next generation of military leaders.

On the ongoing security threats, he said that the situation remains challenging, but progress is being made.

On the issue of Afghanistan’s peace process, he said: "NATO will continue to support a peace and reconciliation process that is Afghan-led and Afghan-owned."

Addressing a press conference of his own, the Afghan acting defense minister Tariq Shah Bahrami said government welcomes the UAE and Qatar’s wish to assist Afghanistan.

“ Representatives from UAE and Qatar were at today's meeting and said they were ready to provide support to Afghanistan.”

He said government welcomes this offer of support and that their support is important to Afghanistan. “They are our friends,” he said.

He called on the international community to firmly support Afghanistan as it is on the frontline of the war against terrorism and that the problem threatens the entire region and the world including the US, NATO and other countries.

Bahrami stated that the Afghan government supports the new US policy. He said Afghanistan hopes the international community continues to support the country.

Bahrami also stated that already there are benefits being seen because of the new US strategy for Afghanistan – this includes an increase in pressure on Pakistan, and an increase in assistance and aid to the security forces.