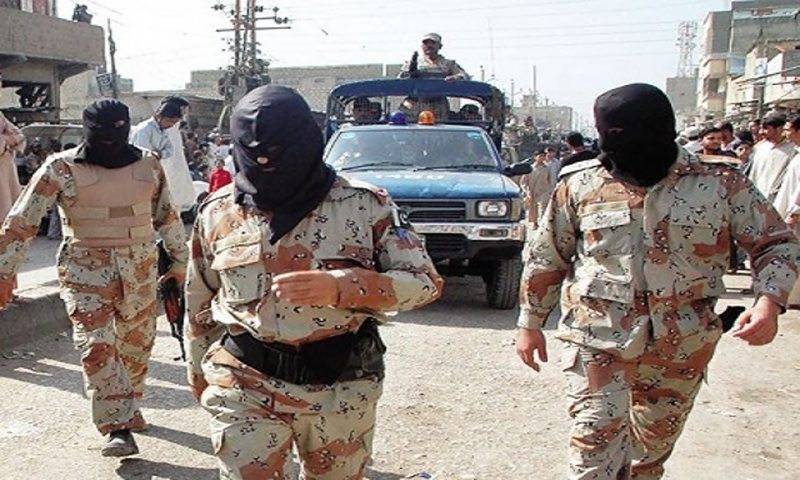 ROHRI: Sindh Rangers in statement said that three terrorists were gunned down in a shootout in Rohri while they were attempting to target an Imambargah on Friday.

A spokesperson for the paramilitary force said that the alleged attackers did not stop there vehicle when signaled to at a checkpoint, and an exchange of fire ensued as a result of which the three suspects died on the spot.

Two suspects attempted to blow up their suicide vests but were shot dead before they could explode, the spokesperson added.