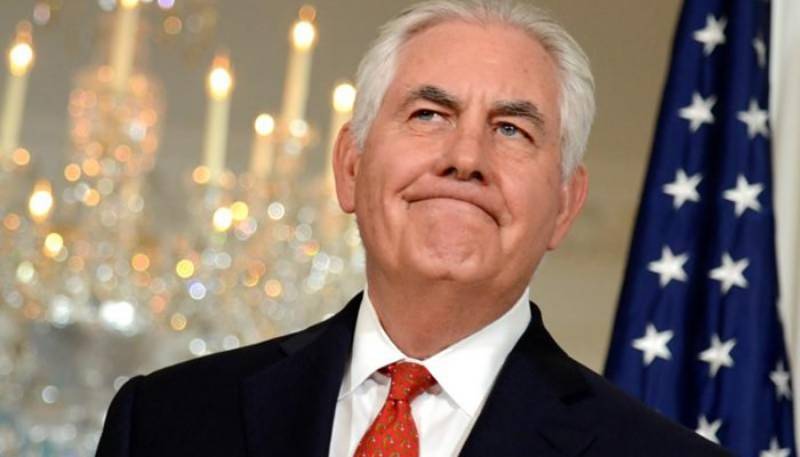 Speaking to reporters before landing in the Vietnamese city of Danang, where Tillerson is accompanying President Donald Trump to the APEC summit, Washington´s top diplomat said Saudi Arabia´s anti-corruption purge was "well intended".

"My own view is that it does, it raises a few concerns until we see more clearly how these particular individuals are dealt with," he said.

Around 200 people are being held for questioning over what Saudi Arabia says is an estimated $100 billion embezzlement and corruption scandal, the biggest purge of the kingdom´s elite in its modern history.

Crown Prince Mohammed bin Salman is consolidating his power and among the dozens of high-profile figures sacked or arrested were princes, ministers and a billionaire business tycoon.

The purge comes as regional tensions soar, with Saudi Arabia and Iran squabbling over a failed missile attack against Riyadh airport on Saturday, that was claimed by Tehran-backed rebels in Yemen.

A political crisis is also unfolding in Lebanon after prime minister Saad Hariri announced his shock resignation in a speech from Riyadh, citing Iran´s "grip" on his country and threats to his life.

Washington is a staunch ally of Saudi Arabia, but there are fears the Crown Prince could be overreaching himself through the graft probe.

"How disruptive it´s going to be remains to be seen," Tillerson said, adding he had spoken to his Saudi counterpart Adel al-Jubeir two days ago.

"It´s my understanding that they´re characterizing these as not really arrests at this point but they´re presenting people with evidence of what they think the wrongdoing is to see if there´s a willingness to want to make things right," he added.

"So how they choose to deal with it at this point is still a bit unclear but I wouldn´t want to read more than what we know at this point."