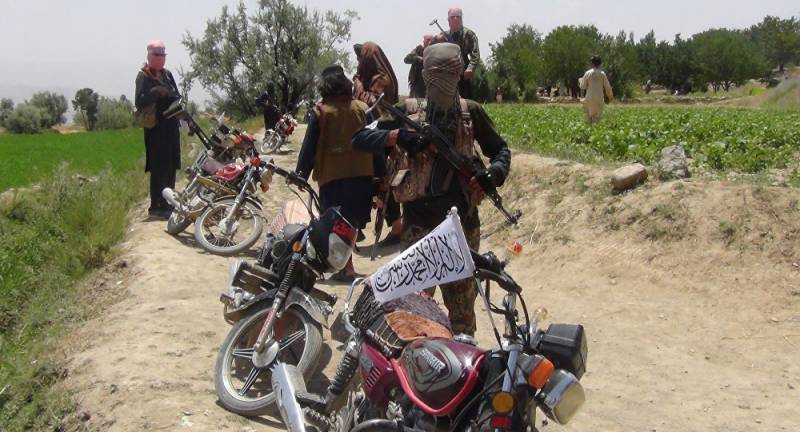 Both Afghani and Russian officials have commented on allegations of Moscow supporting the Taliban.

"There have been certain rumors that the Russians are linked with the Taliban and help it, but we do not have any evidence at the moment," acting Afghan Defense Minister Tariq Shah Bahrami told reporters.

The Russian Foreign Ministry has also dismissed allegations of weapons being supplied to the Taliban as "absurd and baseless," while the Russian presidential envoy to Afghanistan, Zamir Kabulov, told Sputnik that the claims are a lie aimed at justifying the failed US mission in Afghanistan.

Several US officials have spread such claims, with US State Secretary Rex Tillerson directly accusing Russia of supplying weapons to the Taliban.

While blaming Russia for allegedly supporting the Taliban despite the fact that it only maintains contact with the militants to promote national peace talks, Tillerson statedthat the US sees a place for "moderate" members of the terrorist group in the Afghan government.

According to Russian Foreign Minister Sergei Lavrov, who called the US accusations baseless and unprofessional, Moscow is only working with the Taliban in order to assist in the implementation of a UN Security Council decision requested by the Afghan government that would allow the group to take a role in the political process.

US Acting Special Representative for Afghanistan Alice Wells expressed her position in an interview with RIA Novosti earlier today.

"There is nothing I can confirm on if there are weapons flowing to the Taliban," Wells said in response to a question regarding allegations that Russia is supplying military equipment to the Taliban.

In her interview with RIA Novosti, Alice Wells has also touched upon the issue of the Taliban's legal status, stressing that the United States does not support this idea.

"I do not think it is helpful to legitimize the Taliban military as a fighting force against ISIS [Daesh]. To defeat ISIS, we need to work with the Government of Unity," Wells said.

The statement comes in the wake of the new US Afghanistan strategy, revealed by US President Trump in August, according to which Washington will expand the authority of US troops to target terrorists and send an additional 4,000 troops to the country.

The strategy has sparked a tough response from the Taliban, which threatens to continue jihad in Afghanistan if the US enhances its military presence.