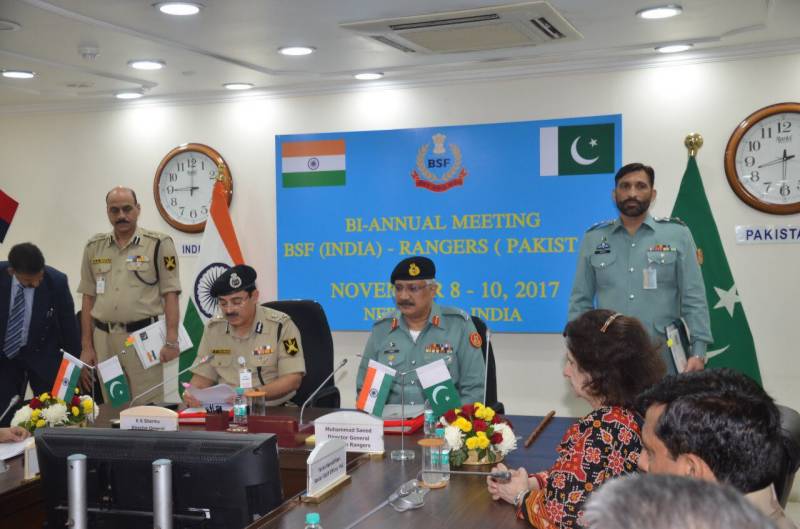 According to the Inter-Services Public Relations (ISPR), there was a sincere endeavour from both the forces to encourage local commanders to resolve minor issues, related to border management at post, company and battalion level.

“Measures were discussed to effectively check smuggling and border crossings from both sides,” the military’s media wing said in a statement.

The three-day meeting, which is held alternately in Pakistan and India every year, also discussed ceasefire violations along the Line of Control (LoC) and Working Boundary.

“To overcome this ordeal, both border guarding forces need to revive the spirit of 2003 ceasefire agreement,” the communiqué read.

“In order to address the miseries of inadvertent border-crossers and fishermen detained in Indian jails due to lengthy and complicated repatriation process, both sides explored fresh ideas to expedite the legal formalities with an intent to reunite the affected families with their loved ones.”

Issue of defence construction closer to Working Boundary and international border, the statement added, were also deliberated upon to find out amicable and prompt solutions for addressing mutual concerns.