Pakistan has not changed its behaviour on Afghan Taliban: Top US General
10 Nov, 2017 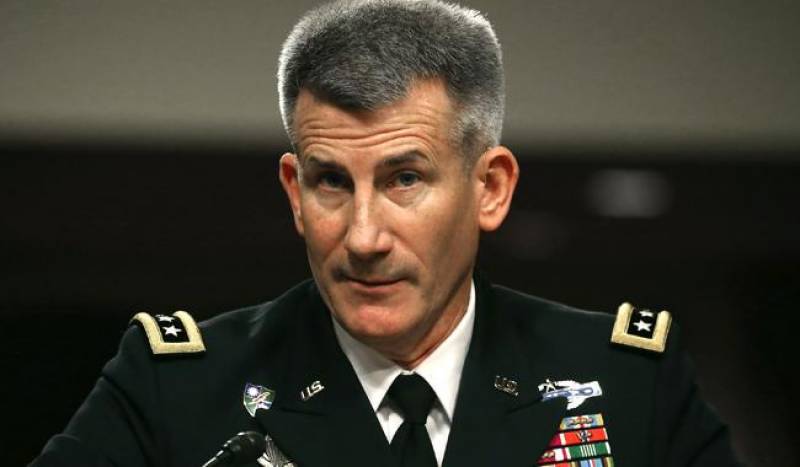 BRUSSELS: The commander of the NATO forces in Afghanistan, US Army Gen. John Nicholson, said Thursday that Pakistan had not changed its behavior since President Donald Trump announced his new policy for Afghanistan.

When asked whether he had seen any increased cooperation from Pakistan with regards to eliminating Taliban sanctuaries, Nicholson said "No, I haven't seen any change yet in their behavior."

He was speaking to the reporters on the margins of a gathering of NATO defence ministers in Brussels this week.

"You've heard the public statements from President Trump, from (Defense Secretary James) Mattis, from (Chairman of the Joint Chiefs Gen. Joseph Dunford) from (Secretary of State Rex) Tillerson, so we are engaging at the very highest levels with the Pakistanis to work together with them against these terrorists that are undermining the stability of the entire region," Nicholson added.

"Pakistan has fought hard and suffered heavily against those terrorists focused on its government and now we are asking them to focus on the terrorists that are attacking Afghanistan and attacking the coalition,"

"The United States has been very clear about the direction we want to go and we hope to see some change in the coming weeks and months."

General John Nicholson said that a series of important changes in the 16-year-old war would align in 2018, enabling Afghan troops to strike out on the offensive.

His remarks came as officials tried to flesh out an increased NATO troop deployment to Afghanistan and looked to fill shortfalls in commitments from non-US members of the alliance.

America wants thousands more Western soldiers to help train Afghans, while freeing up US forces to support them during operations.

"The Afghans performed quite well from my perspective as the commander," Nicholson said.

"Even though there was some very tough fighting, the enemy was unable to accomplish any of their objectives," he added, referring to the fact the Taliban did not seize any big cities.

Like a string of leaders before him in Afghanistan, Nicholson offered a generally upbeat assessment of the war, yet 2017 saw the Taliban kill thousands of Afghan troops.

NATO this week announced the alliance´s mission will grow from about 13,000 to some 16,000 next year, with the bulk of these troops coming from the US military.

Trump has granted US forces greater leeway to proactively strike the Taliban and the local affiliate of Daesh.

Nicholson blasted Russia for building a "false narrative" there are thousands of Daesh fighters in Afghanistan to justify Moscow´s "assistance" to the Taliban, who hate Daesh.

He did not specify the nature of Russia´s help, and said there were "well less" than 1,000 Daesh fighters in Afghanistan.

The general also pointed to a doubling of the number of Afghan commandos, a new cadre of officers and a growing Afghan air force as positive indicators for next year.