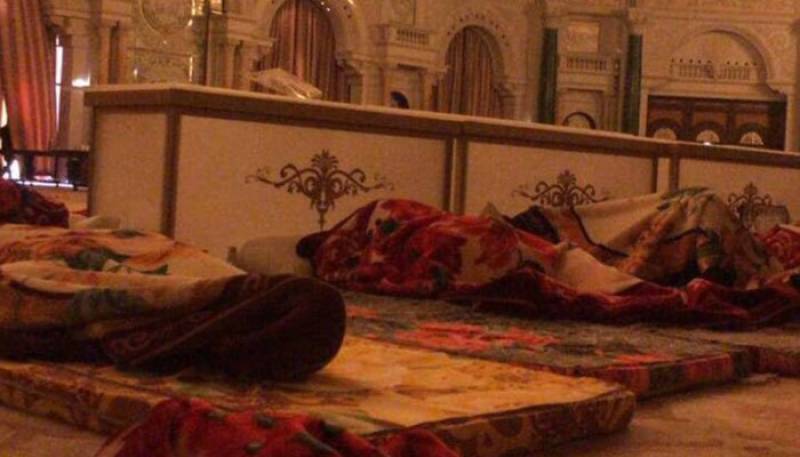 RIYADH: Its chandelier-studded ballrooms hosted global business titans just weeks ago. Now Riyadh's palatial Ritz-Carlton is reported to have morphed into a makeshift prison after the kingdom's unprecedented crackdown on the coddled elite.

Saudi Arabia's attorney general has vowed no special treatment for those detained in the purge, which includes princes, ministers and businessmen such as flamboyant billionaire tycoon Al-Waleed bin Talal.

But the five-star hotel spread over 52 acres, originally built to house guests of the royal family, is a far cry from a gritty prison cell - it boasts of majestic suites and pastel-hued hallways awash with bronze statues and glittering chandeliers.

It has prompted light-hearted banter on social media, with jocular speculation on who would be added to the "Ritz guest list" as the crackdown expands, and some quipping "take us with you" to be incarcerated in the lavish hotel.

"Those people are as soft as butter and probably cannot survive a real prison," a Saudi man said on Twitter, referring to the elite detainees.

The attorney general has said some 201 people are being held for questioning over an estimated $100 billion in embezzlement and corruption, many of them subjected to detailed interrogations conducted in secret.

It is not clear if they are all being held at the Ritz-Carlton.

Police cars surround the palatial compound, with its imposing gates uncharacteristically clamped shut. Its website posted a message saying that the "hotel's telephone lines are currently disconnected until further notice".

There's no official indication how long the group will remain under house arrest.

A Saudi businessman who had planned to host an event at the hotel this week was abruptly informed it had been cancelled.

"Due to unforeseen circumstances out of the Ritz-Carlton, the hotel had been ordered to accommodate a high-profile government delegation beginning November 4, 2017," he told AFP, quoting a message from the hotel management.

A brief and shaky video allegedly leaked from inside the hotel showed people sleeping on the ground covered in brightly coloured blankets, while armed guards lurked in the background.

The New York Times identified the place as the hotel's "Ballroom B", saying it appeared to be a makeshift barracks for the guards.

The arrests of jet-setting members of the royal family have sent a ripple of anxiety through the kingdom.

Just weeks ago, the hotel hosted a glittering investment summit - dubbed "Davos in the desert" - which Crown Prince Mohammed bin Salman used as a platform to pledge a "moderate" Saudi Arabia and to showcase his ambitious reform drive.

The crackdown has exposed the kingdom's once-untouchable elite to rare public scrutiny - Saudis on social media have quipped that the Ritz-Carlton was not the worst place to be trapped.