India hits back hard at the Chinese allegations
10 Nov, 2017 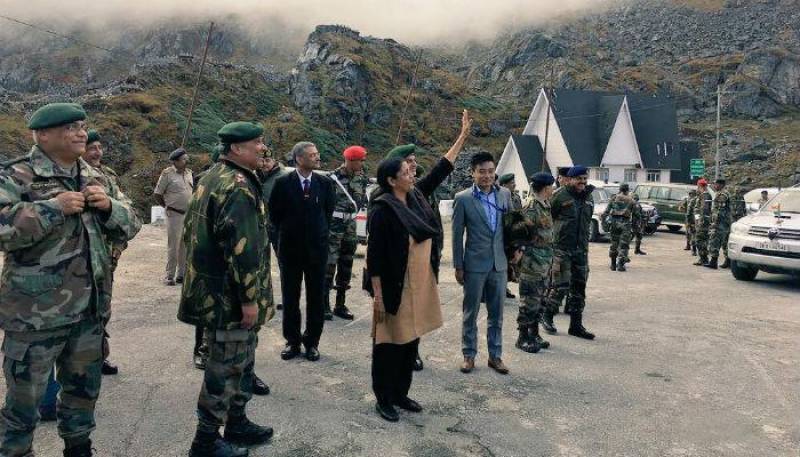 New Delhi: In a strong message to China, India on Thursday rejected Beijing's objection to Defence Minister Nirmala Sitharaman's recent visit to Arunachal Pradesh, asserting that the state is ''an integral part of the country'' and the Indian leaders are free to go anywhere in the state, Zee News has reported.

"Arunachal Pradesh is an integral part of India and Indian leaders have that much freedom to visit Arunachal as they have in visiting other states in the country," External Affairs Ministry spokesperson Raveesh Kumar said.

Kumar made this remark while replying to a question on next round of talks between Special Representatives of India and China on the boundary dispute.

Both sides are in touch with each other, he added.

"We do not have any confirmed dates for talks as yet. The two sides are in touch. Once we have some dates for it, we will let you know," Kumar said.

On Monday, China had objected to Sitharaman's first visit to Arunachal Pradesh on Saturday and Sunday, saying her tour of the "disputed area" was not conducive to peace in the region.

During her trip to the state, Sitharaman also visited forward army posts in the remote Anjaw district bordering China to take stock of defence preparedness.

China claims Arunachal Pradesh as part of South Tibet and routinely objects to top Indian officials' visits to the area.

Asked about China's latest comment that India's stand on the multi-billion dollar Belt and Road Initiative (BRI) is wavering, Kumar said New Delhi's position on the issue is "very clear" and "principled".

"We have seen the relevant remarks. India's position on connectivity is very clear, (it) is principled and is consistent....,'' he said.

China had on Wednesday said that India's stand on its BRI is wavering, and the CPEC, a part of the project, does not involve any territorial dispute as claimed by New Delhi.

China has been reiterating that the USD 50 billion CPEC which traverses through the Azad Kashmir is a connectivity project and will not affect its stand that the Kashmir issue should be resolved between India and Pakistan through talks.

India has strongly objected to the CPEC as it is being laid through the disputed territory and boycotted a high-profile Belt and Road Forum organised by China in May.

The MEA spokesperson concluded by saying that India will always be open to any efforts which will address its legitimate concerns in this regard.