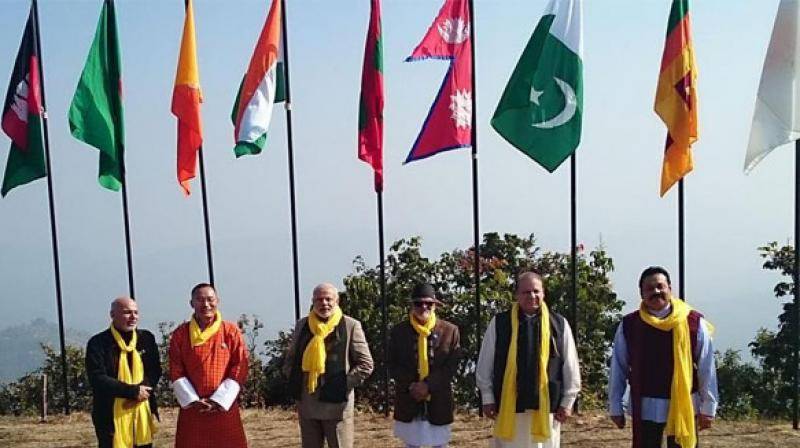 NEW DELHI: Any hopes of reviving the South Asian Association for Regional Cooperation (SAARC) process have been crushed by India who said that the regional grouping could only function in an atmosphere free from terrorism. Similarly, the government reiterated that it would engage in security groups like the “quadrilateral” as long as it advanced Indian interests.

“India is open and willing to work with like-minded countries on issues that advance our interests and promote our interests,” Ministry of External Affairs (MEA) Secretary (East) Preeti Saran told journalists.

Responding to questions about remarks by Pakistan’s minister for the environment, who said that the current state of atmospheric pollution could be addressed by both countries under the SAARC framework, the MEA spokesperson said SAARC meetings could only happen when “one country” decides to stop providing an enabling environment to terrorism. The MEA statement came on the back of Pakistani reports that Sri Lanka had supported Pakistan on reviving SAARC.

Separately, External Affairs Ministry spokesperson Raveesh Kumar said that India wanted a conducive environment and an atmosphere free of terror for talks to resume with Pakistan, Press Trust of Indiareported.

According to the report, Kumar was responding to a question regarding reports from Pakistan on the possibility of resumption of stalled Indo-Pak talks.

“Our stand remains the same. We have always maintained that for the talks to go ahead there should be a conducive environment and atmosphere. And that environment has to be created which is free of terrorism and free of terrorists getting support from Pakistan,” he asserted.

Pakistan and India had announced the resumption of talks under the comprehensive bilateral dialogue format during Indian External Affairs Minister Sushma Swaraj’s visit to Islamabad in December 2015.