Farooq Sattar takes back his resignation over mother's request
10 Nov, 2017 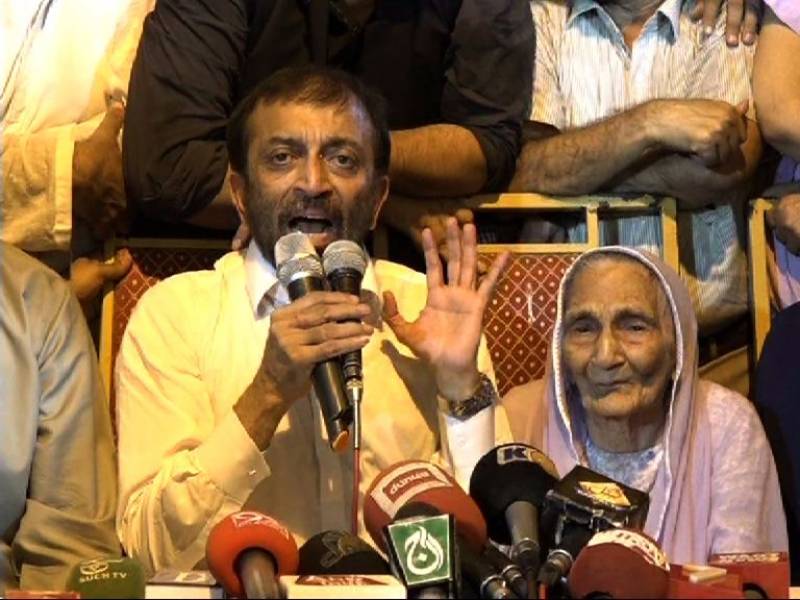 KARACHI: MQM-P chief Dr. Farooq Sattar took back his resignation after his mother urged him to not quit politics and forge unity within the ranks of the party.

Farooq Sattar emerged in front of media personnel with his mother and MQM-P leaders.

Sattar said that he was disappointed over the criticism he had received from MQM leaders after conducting a joint presser with Pak Sarzameen Party (PSP).

Sattar’s mother took the microphone from him and urged him to take back his decision. Sattar obliged to which party workers cheered and celebrated by chanting slogans.

Earlier, Veteran MQM-P leader Dr Farooq Sattar had announced that he was leaving the party and politics respectfully.

“I will visit Shuhada Qubristan on Saturday after the culmination of Chehlum as nobody can stop me from going there,” Dr Farooq Sattar said.