PTI and Pakistan Army are keeping the Pakistan intact as federal entities: Imran Khan
10 May, 2022 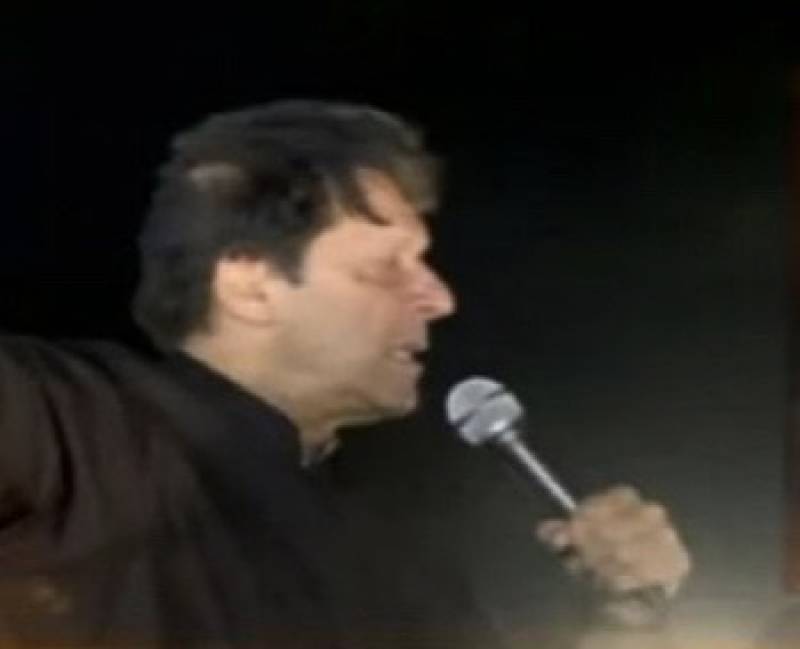 *Jehlum: Chairman PTI said that Narendra Modi did not dare to speak against the Pakistan Army as long as he was in power. Only PTI and the Pakistan Army are keeping the country intact, he said addressing a public gathering in Jehlum. *

Addressing the public at the public demonstration in Jehlum Chairman Pakistan Tehreek-e-Insaf Imran Khan said that it happens seldom in a nation’s history that it decides to fight for its independence.

He thanked the people of Jehlum for their overwhelming welcome of him and his party, he specifically appreciated the participation of women and children in the demonstration.

The former Premier said that an American under Secretary warned Paksitan about grave consequences if the PTI government remains in power and if it is removed then all will be forgiven. The elected Prime Minister of 220 million people was ousted by a foreign conspiracy and the most corrupt people of the country are installed as rulers, he pointed out. But the induction of the corrupt elite once again has woken up our nation, he said.

Taking to JUI-F leader Maulana Fazlur Rehman he said that the JUI-F chief took the communications ministry to make money out of road and construction tenders.

He said that the whole new cabinet is full of absconders and accused including Shehbaz Shareef and Zardari. The PML-N leadership is going to meet their absconder leader with the taxpayers’ money, he said.

Imran Khan said that Shehbaz Shareef should be ashamed of accusing him of insulting the Army. Shehbaz Shareef and his brothers are the real Mir Jaffer and Mir Sadiq, he clarified.