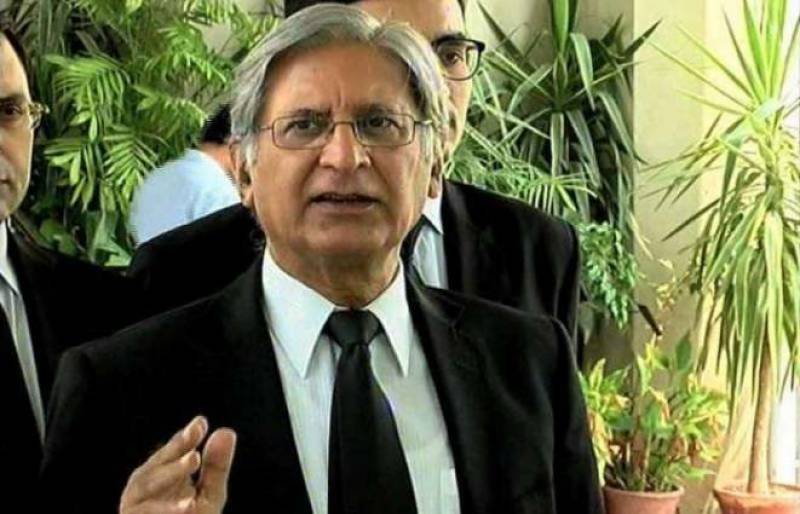 LAHORE:A three-member bench of the Supreme Court on Friday imposed a fine of Rs 10,000 on senior lawyer Aitzaz Ahsan.

As the proceedings began, an owner of a distribution company appeared in compliance with court directions. He assured that future production batches of Meiji would no longer bear the word 'milk' after the bench observed that it was a formula and no impression should be given that it was milk.

Senior lawyer Aitzaz Ahsan's associate requested the bench to adjourn the matter till next week as his senior could not appear today due to engagements.

But, the chief justice rejected the request and asked the associate to argue the case on behalf of respondent association.

To which, the associate insisted that Aitzaz Ahsan would argue the case only as he was senior counsel in the case.

At this, the bench allowing the adjournment request for a day imposed a fine of Rs 10,000 and asked the associate to ensure deposit of the amount with Fatimid Foundation before coming here. The court also asked Nestle's counsel to submit his arguments on next hearing, Mar 10. APP/AFP