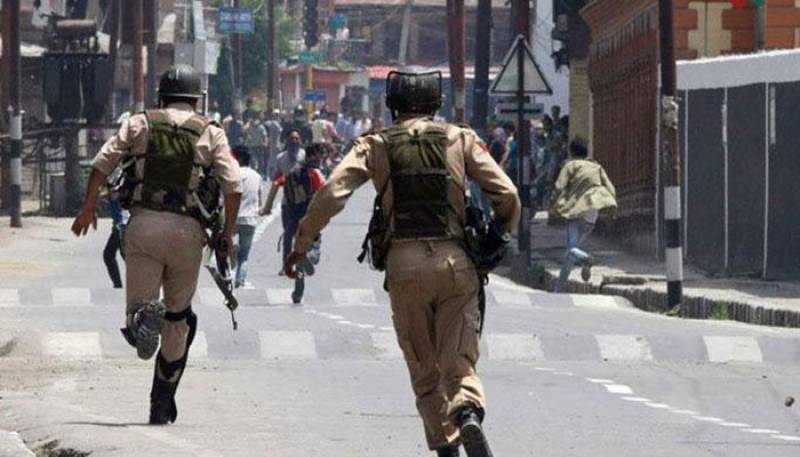 ISLAMABAD - Pakistan has raised the issue of grave human rights violations by India in Indian-occupied Kashmir (IoK) during the 37th session of UN Human Rights Council in Geneva, Switzerland.

India’s denial of access to the UN Fact Finding Team is a “desperate attempt” to hide its atrocities in “the most militarised zone of the world”, the representative said.

Terming Indian illegal occupation of Jammu and Kashmir “root of the problem”, Pakistan demanded the UN to continue documenting human rights abuses by India in IoK.

India must end its illegal occupation and resolve the Kashmir despite in accordance with the wishes of Kashmiri people as laid down in numerous United Nations Security Council resolutions, Pakistan said.

Later in response to a statement from India, Pakistan said that Kashmiris’ struggle for right to self-determination cannot be subsumed under the label of terrorism.

India’s illegal occupation, massive human rights abuses, extra-judicial executions and economic exploitation of the territory continue to stir the Kashmiri freedom movement. Pakistan would continue to give its moral and political support to the oppressed people of the IoK in realisation of their inalienable right to self-determination, Pakistan stated.

The topic of the debate at the Human Rights Council was the annual report of the UN High Commissioner on Human Rights, who had regretted India’s denial of unconditional access in IoK to UN human rights investigators.

The report also noted with concern that discrimination and violence directed at minorities, particularly Muslims, is on the rise in India. - APP